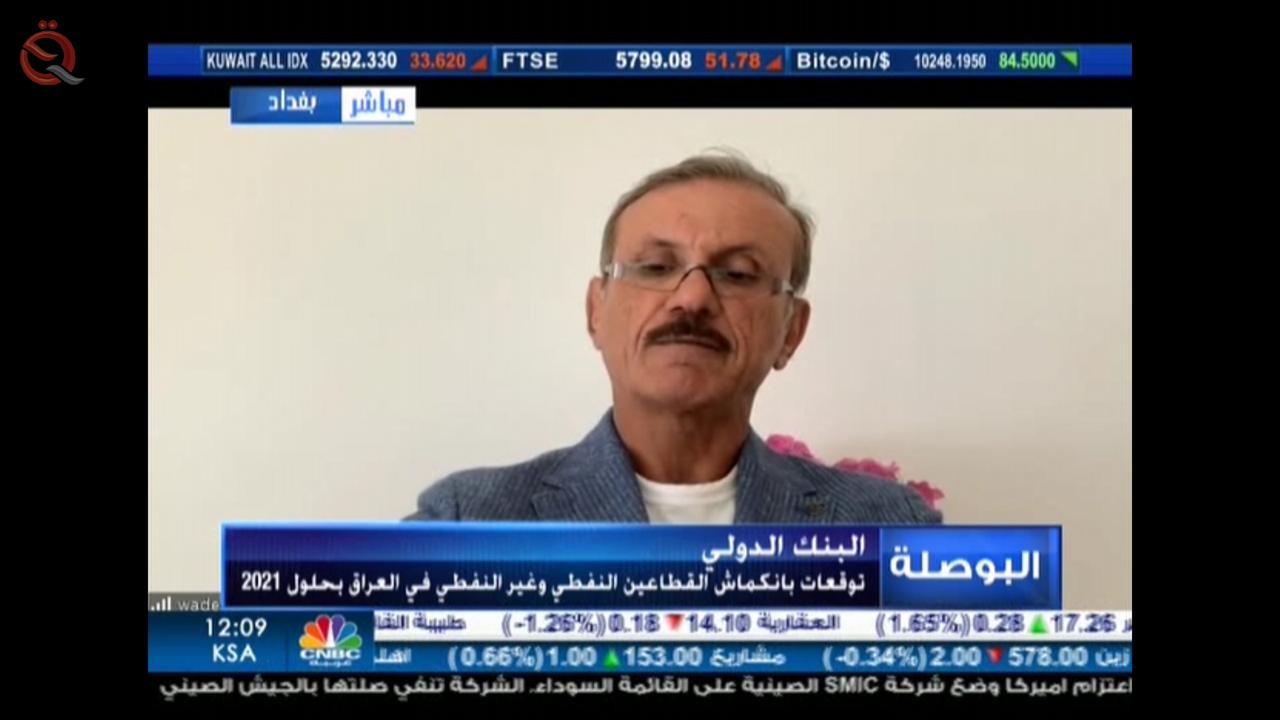 The head of the Iraqi Private Banks Association, Wadih Al-Handal, confirmed, on Sunday, that the Iraqi banking sector is witnessing good growth during the current stage despite the Corona pandemic, adding that the banking sector has donated more than $ 36 million to the Ministry of Health to combat the Corona pandemic in Iraq.
Al-Handal said in a televised interview with "CNBC Arabi" and followed by "Al-Eqtisad News", that the progress and prosperity of the national economy of any country depends fundamentally on security and stability and the absence of corruption in general, indicating that he blesses what Prime Minister Mustafa Al-Kazemi is trying to do in This trend is important and essential in terms of the return of the national economy to its health through some measures that it intends to take.
He added that Iraq today needs an amount of more than 88 billion dollars to rebuild its dilapidated infrastructure, according to the Iraqi Ministry of Planning, so it needs very large investments to enter the Iraqi market.
He noted that France and America wish to enter into investment in the energy sector, specifically oil and electricity, because Iraq suffers from major problems that negatively affected the economy in the field of electricity, as the Iraqi Prime Minister signed several agreements during his visit to Washington, including the establishment of the Dhi Qar Oil Company in cooperation with Chevron. The US government, which aims to raise the production of the Dhi Qar oil fields from 200 thousand barrels per day to one million barrels during the coming years, in addition to linking Iraq's electricity with Egypt and Jordan through concluding an agreement with them.
He pointed out that the National Investment Commission estimated the investments that must enter Iraq during the period from 2018-2022 from local and international private sector companies ((75 billion dollars)), specifically in the fields of energy, agriculture and industry, as the oil sector occupied 38% of the investments. The country's economy depends on oil, followed by the transport and communications sector at 18%, services at 17%, and then other sectors.
Al-Handal noted that Iraq today has become a good environment for investment, especially that the investment law is one of the distinctive laws that give the investor advantages, including tax exemptions and others.
He explained that the banking sector donated more than $ 36 million to the Ministry of Health to combat the Corona pandemic in Iraq, in addition to delaying borrowers' installments by 6 months and reducing the interest rate on project loans from 6.3% to 4%, especially the sectors affected by the Corona pandemic, such as tourism, hotels and restaurants. .
And Al-Handal said that the Central Bank reduced the mandatory reserve ratio for bank deposits, which contributed to enhancing the liquidity of banks by $ 900 million, and that these measures contributed to increasing lending to citizens.
He stressed that the Iraqi banking sector is witnessing good growth during the current stage despite the Corona pandemic, and that is through the great confidence between the banking sector and the citizen, especially after the establishment of the Deposit Insurance Company, as deposits are witnessing a continuous increase, in addition to the conclusion of the banking sector cooperation with international banks in particular The next stage will witness the entry of foreign companies to work inside Iraq, which will reflect positively on the banking sector, and the salary settlement project also reflected positively on the citizen and increased the percentage of financial inclusion from 11% to 22.5% in 2019 compared to 2018, where the growth of assets reached 2% and cash credit 7% Deposits are 1%.