Al-Maliki comments on the disarmament campaign

Al-Maliki comments on the disarmament campaign 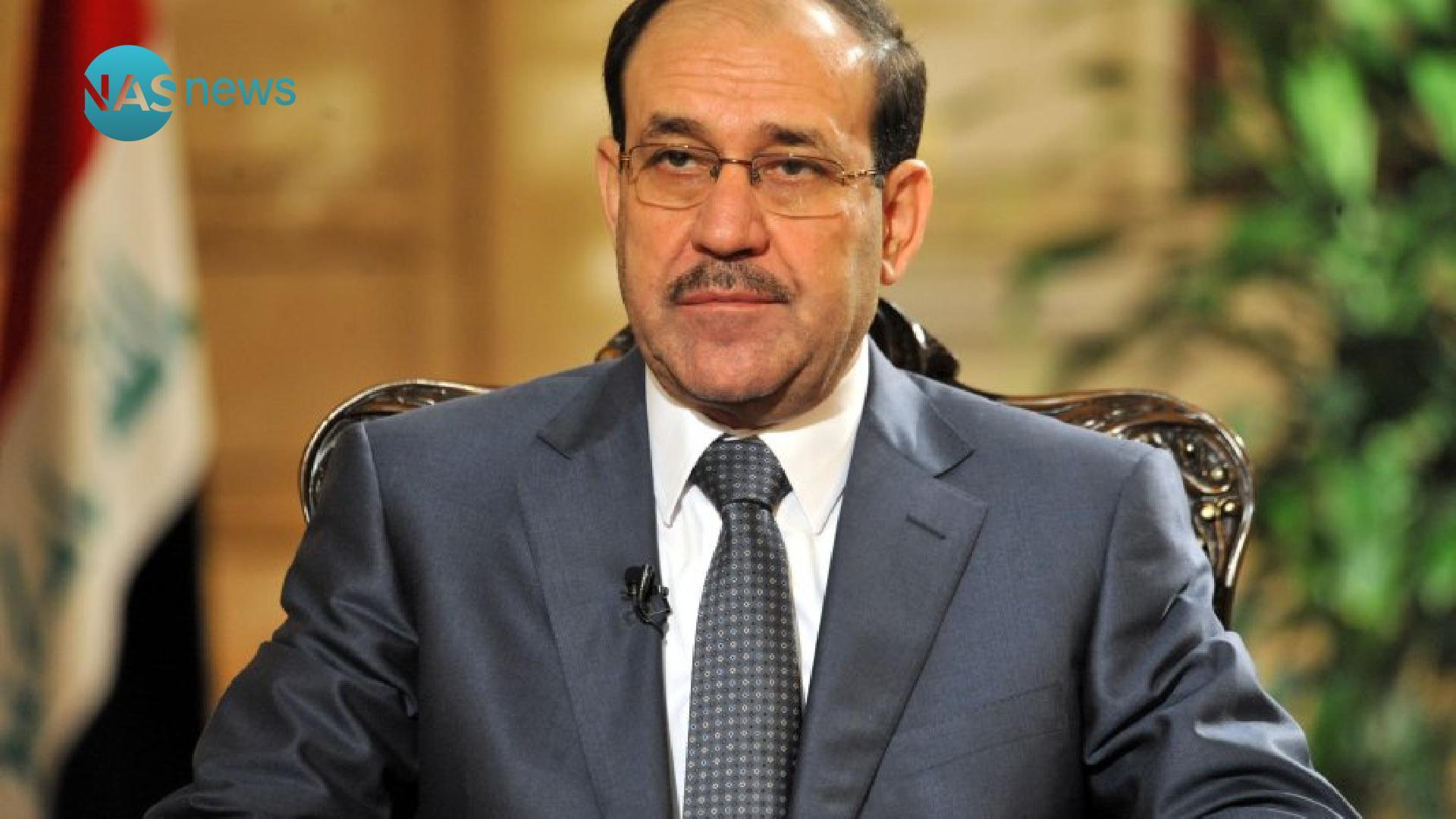 
The leader of the State of Law coalition, Nouri al-Maliki, commented on Saturday on the recent campaign aimed at disarmament.


Al-Maliki said in a post, followed by "People," (September 5, 2020), that "we support and support any step taken by the government, whether regarding the prosecution of outlaws and those wanted in the judiciary, or the collection of illegal weapons." 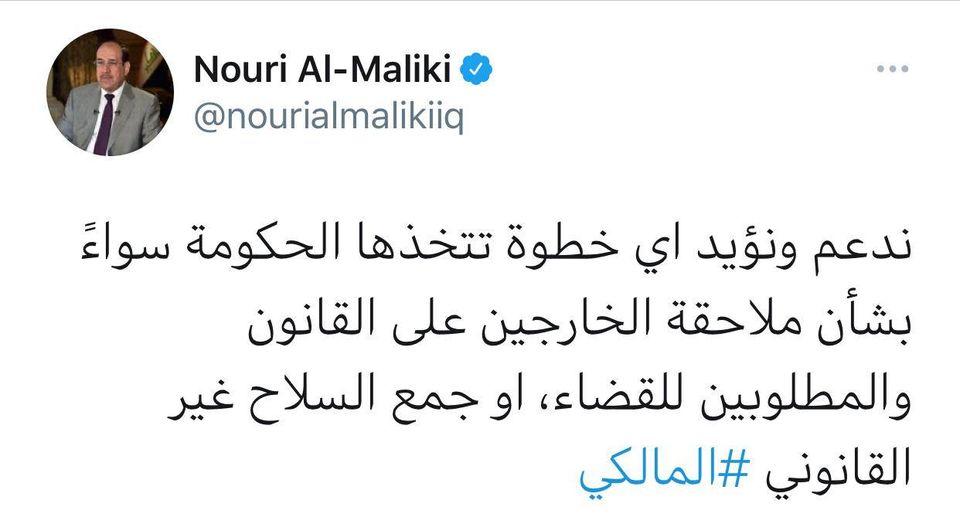 The Security Media Cell announced, on Saturday, that the security forces, with their various classes, had begun an operation to search and search for weapons and wanted people in the Al-Husseiniya and Al-Fadiliya areas in Baghdad.

The cell said in a statement that "People" received a copy of it, (September 5, 2020) that "the Husseiniya area of ​​Al-Maamel, east of Baghdad, witnessed the dangerous use of medium and light weapons in the conflicts that took place in it, which caused the loss of innocent lives without any respect for the security of citizens and their feelings, where families lived." Extreme psychological horror. "

The statement added, "The state and its security services will not stand idly by in front of this clear challenge to the rule of law, and one of its basic duties is to protect its citizens and maintain their security and interests, and litigants in any dispute must resort to the judiciary in accordance with the law, because the use of weapons between the litigants is not the solution." .

He added, "In order to enforce the law and strengthen security, the security forces and their various classes, under the command of the Baghdad Operations Command, began this morning at dawn today, Saturday, to search the Hosayniyyah area of ​​Al-Maamel and remove types of weapons from citizens and confiscate them in accordance with the law and to impose security and stability."

The statement pointed out that "the units participating in the security operation are regiments from the Counter-Terrorism Service, regiments of special forces, units of the 9th Armored Division, and detachments of police dogs from the Ministry of Interior."

The statement pointed out that "a joint security force carried out raid operations in the Fadhiliya area to implement arrest warrants for wanted persons," indicating that "five accused persons wanted by the judiciary were arrested in accordance with Article 4 terrorism and Article 406 (murder), and one of the wanted accused opened fire." The security force must try to escape, and the force was able to arrest him and seize the weapon used. "

Al-Kazemi affirmed that "the government has inherited a heavy legacy of uncontrolled weapons and tribal conflicts, which have become a real threat to society and threaten its members, and it is also working to hinder the efforts of reconstruction and development in the country," directing the leaders of the security services "to follow this file and joint coordination between the security forces to work in full. The available efforts to end it, impose the prestige of the state, and confront everything that threatens the security and stability of the country. "

Similar topics
» As a show of disapproval to Maliki, shoes are thrown at Maliki's Campaign Pictures
» Maliki stresses the need for illegal disarmament from the hands of "militias" and crime syndicates
» The verbal altercation between Al-Maliki and Al-Abadi. Allawi and Al-Maliki led a systematic campaign to oust Prime Minister?!
» Maliki's family grows more Prosperous -- Ahmed al-Maliki" to buy shares of the company "Tea Ahmed" .. and change his name to "Shetty Hamoudi," with the propaganda campaign in Iraq
» Barzani: Maliki and Allawi's comments on the region is positive