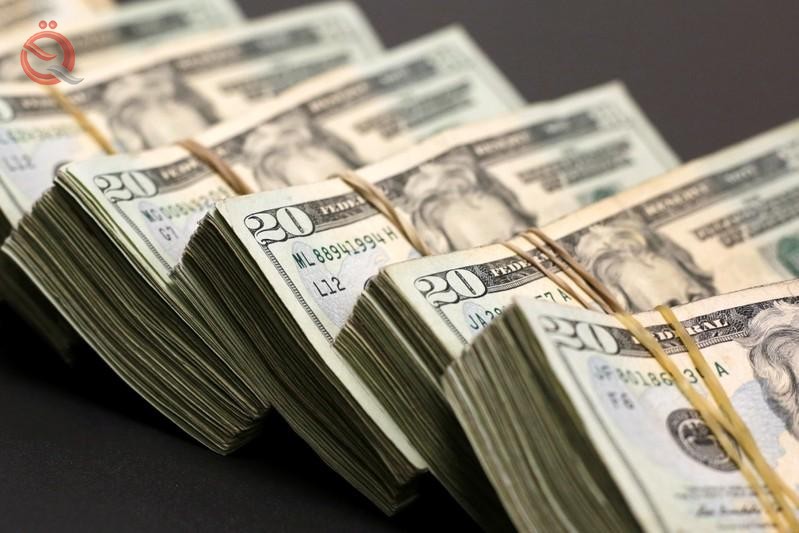 Policymakers around the world are looking to free themselves from the control of the dollar, because pegging to this American currency deprives them of several advantages that they might obtain in the event of a decline in the value of their local currency.
The British newspaper "The Economist" says in a report that the collapse of currencies is considered a negative event, because it makes imports more expensive, in addition to causing a deterioration in the standard of living of individuals and increasing the cost of trade.
Nevertheless, economists have always considered that this problem carries with it the seeds of salvation, because the high cost of foreign imports pushes countries towards the direction of consuming local production, and thus employing more workers and stimulating the economy, in addition to that, the decline in the value of the local currency means that exports will become cheaper. For other customers, it also boosts the demand for local production.
For example, when the value of the Colombian peso collapsed in the summer of 2014, the Minister of Finance at the time expected that this decline would be a good opportunity to revitalize the local economy, but things did not take place in this way, due to a set of structural problems that this country suffers from, and because of another problem it suffers. Including the global trading system as well.
As Colombia does not conduct its commercial exchanges with other countries and companies in the local currency, the peso, but rather trades almost entirely in US dollars.
This great link to the movement of global trade in the dollar leads to undermining some of the privileges and benefits that the economies of countries can reap from flexibility in controlling currency rates. Also, when the value of the dollar rises, global trade tends to shrink.

The newspaper explains that the model of trade and currencies in the world was summed up by researchers Robert Mandel and Marcus Fleming in the 1960s, when they considered that in the absence of any role for the dominant currency in the global market, it is assumed that the parties to each commercial transaction agree to set prices using the seller's currency.
If things go like this, after the collapse of the Colombian currency, for example, the goods that this country exports will become cheap and will find great demand, and in the meantime, Colombians who want to buy Brazilian-made clothes will be upset about the high price of these imported goods, and turn to local production.
Economists have noticed since the middle of the last century that the currency that companies choose to send invoices to each other could affect the rise or fall of expenses, so if the prices of Colombian exports are determined in dollars and not the local peso, then the decrease in this local currency will not affect the prices at which suppliers buy. Americans, so there will be no increase in demand.
Scholars always note that the prices of goods do not change in value or the expected speed themselves, when the commercial transactions between the two countries do not depend on the local currency of each.
In recent years, two researchers from the US Federal Reserve Bank in New York collected data on 24 countries during the period in the late 1990s and early 2000s, and their research results confirmed that exports are often not priced in the currency of the country from which they came, as the state of South Korea, for example. In 2001, 82% of its imports were billed in dollars, even though only 16% of these imports came from the United States.
Economists confirm these conclusions, as the dollar plays a large role as the "locomotive currency" that is used in financial transfers and bill payments even when the United States is not a party to the transaction, especially when it comes to developing countries, as data collected by the International Monetary Fund cover about Half of world trade showed that the dollar's share of payments was 4.7 times the share of the United States from imports, and three times its share of exports.
Another study showed that the dollar’s ​​share in world trade did not decline despite the decline of the US role in this trade.

Pricing is in dollars

The newspaper indicates that when the European Union countries issued the euro, they hoped to replace the dollar in the world, but this did not happen, as the volume of commercial payments made in euros is still considered logical compared to the volume of trade carried out by the countries of the Union, for example During the period from 1999 to 2014, the volume of trade in euros was equivalent to 1.2 times the share of the European Union space in global imports.
Some consider that using a single currency to control global prices avoids unpleasant losses and surprises when market fluctuations occur in the markets, as many prefer pricing in dollars in the trade of precious metals, and relying on the dollar in pricing exports and imports saves the profit margin of investors and protects them from incurring Losses in the event of the collapse of the local currency.
But according to the newspaper, the question remains, why should this locomotive currency be the dollar? As this green banknote completely controls the financial markets in the world, and relies on trading in stocks and bonds, transfers between countries and making payments.
The newspaper points out that this situation allows America to enjoy a very special privilege, as its re-evaluation of the dollar by reducing its value directly affects US exports, which become cheaper in foreign markets.
On the other hand, other countries devaluing their currency against the dollar does not help them increase their exports. On the contrary, it causes them economic suffering, as they become unable to bear the cost of import, and their exports do not achieve any additional attraction when their currency decreases.
These economic realities made world policymakers dream about getting rid of the dollar’s ​​control, but this matter remains unlikely in the foreseeable future, as the hegemony of the dollar is the result of millions of individual decisions that all converge to cause this collective problem.