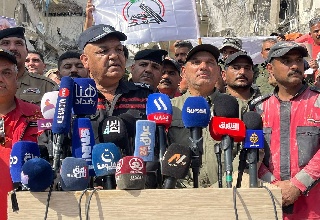 The Ministry of Agriculture confirmed, on Monday, that the export of dates will start at the beginning of next October after the completion of the harvesting process, while indicating that the dates will be exported to more than 10 countries.
"The process of harvesting dates has not started yet, as the quantities for this year will be better than the previous year due to the presence of some kind of interest and encouragement to export," said the ministry's spokesman, Hamid Al-Nayef, in a statement reported by the official news agency "Conscious". To the "export of dates will take place at the beginning of next October, after the completion of the harvesting process."
He added that "the ministry emphasized controlling borders to support the national product and not entering the importer to allow exporters to be encouraged and encouraged, as the ministry decided to prevent the entry of molasses from abroad," indicating that "the ministry expects the production of dates for this year to reach 700 thousand tons of mixed dates."
He continued that "the best types of exportable dates that bear effort, time and export are Al Zuhdi, Al Halawi, Al Barhi and Al Maktoum, but for export, the focus is on the Zuhdi type, as it enters many manufacturing industries and thus countries need it," noting that "Iraq will export dates to ten countries, including India, Pakistan, the Western Maghreb and others. "