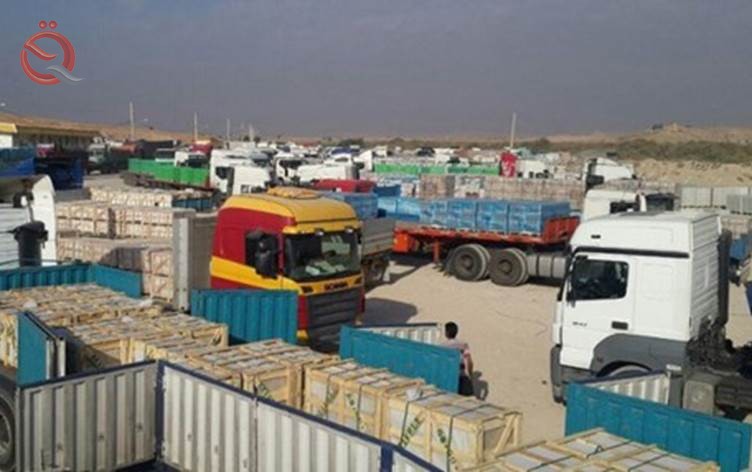 Member of the Board of Directors of the Iran-Iraq Chamber of Commerce, Hamid Hosseini, announced, on Monday, that goods exports to Iraq had recorded 2.402 billion dollars in 5 months for the period from 20 March to 20 August 2020.
Hamid Hosseini said in a statement to "Fars" news agency, followed by "Al-Eqtisad News", that "the average Iranian exports to Iraq recorded about 500 million dollars a month, while the export process is growing steadily."
He pointed out that "all border crossings have been reopened between the two countries, indicating that about 3 thousand trucks transport Iranian goods to this country daily, about 1500 of which are to Iraqi Kurdistan and about 1500 through the ports of southern Iraq."
And he continued, "Iranian gas exports to Iraq have improved, and it is being exported at its maximum capacity."

Iraq and Iran resume trade through the Shalamjah port

Iraq and Iran resume trade through the Shalamjah port 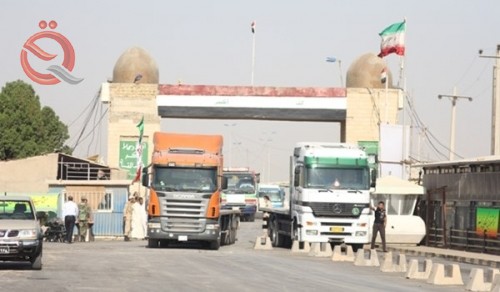 Assistant Investment and Business Development in the Arvand Free Zone in Iran, Ali Mousavi, said Monday that commercial activities have resumed and goods exported from the Shalamcheh border crossing with Iraq after a two-day holiday.
Mousavi stated that, according to the agreement reached with the Iraqi side, economic activity and the export of goods had stopped on Saturday and Sunday, coinciding with the ninth and tenth of Muharram, and no commercial exchange took place on these borders during these two days, according to the Iranian IRNA agency.
He added that the Shalamjah international outlet reopened this morning, and merchants and businessmen resumed their commercial activities between the two countries, pointing to the export of non-oil goods, including foodstuffs, fruits, vegetables, protein materials and technical and engineering services to Iraq, from the borders of Shalamjah, according to the agreement reached. To him with the Iraqi side.
It is noteworthy that exports of non-oil goods resumed from the Shalamjah borders on July 8, after a four-month closure due to the spread of the Coronavirus, during which 21 thousand tons of non-oil goods, worth 95 million dollars, were exported to Iraq.
The Shalamjah international border crossing is located 20 km from Basra, southern Iraq, and 15 km west of the Iranian city of Khorramshahr.
It is noteworthy that more than 200 trucks carrying various types of goods were entering the Shalamjah border crossing before the crossing was closed by Iraq, and also 150 Iraqi trucks entered the Shalamjah border checkpoint daily to unload and load the goods.