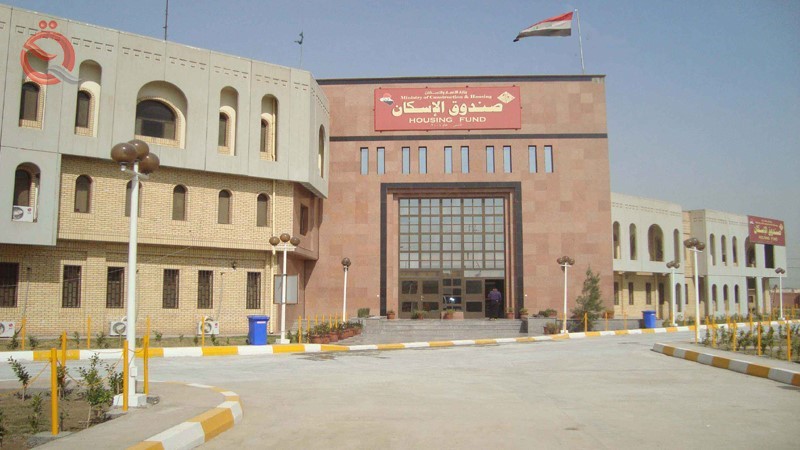 
The Housing Fund drew up a plan to distribute 1,000 loans per month in Baghdad and the governorates, while confirming that the maximum loan amount is 50 million dinars, to be repaid over a period of 10 years.
The director general of the fund, Diaa Mujd Abdullah, said, in a statement reported by the official Al-Sabah newspaper and seen by Al-Eqtisad News, that "this plan is limited to 12,000 loans annually distributed among all provinces except for the Kurdistan region."
He added: "The loan amounts are different according to the regions, districts and sub-districts. The upper limit of the loan inside Baghdad is 50 million. As for the districts and sub-districts of the capital, it is 40 million, while the loan amount for the provincial centers is 40 million, and the districts and sub-districts of the governorate are 35 million."
Abdullah pointed out that "these loans will be without interest, but there is an administrative commission of 2 percent to the Housing Fund of the total amount of the loan and 3 percent to the Central Bank to be taken only once and from the first payment, knowing that the loan repayment period will be over 10 years."
Regarding the conditions for accepting borrowing transactions, he explained, "The borrower is Iraqi and the real estate bond is Form (25), with a map fixing the boundaries in a complete block sealed by the Real Estate Registration Department in addition to an original guarantee license valid with the building map and that the share of the loan applicant is not less than About 100 square meters, and the area of ​​the housing unit is not less than 65 square meters, as well as the sponsor's pledge and his personal documents.
The director of the housing fund pointed out that "the age of the loan applicant should not be less than 22 years and not exceed 65 years, and the loan amount is calculated based on the value of the property and the salary of the sponsor (whichever is less), while the first payment is received after the examination is made by the committee from the housing fund and the department. Real estate registration, and the exchange mechanism shall be in three or two installments.
Abdullah stated that "the first installment is paid after a month from the date of the first instrument, otherwise the borrower has to pay late interest for each month of delay, and in the event that the borrower does not pay for three consecutive or intermittent months, then the sponsor department will be approached."