Among them is Yasser Sakhail al-Maliki and Hajem al-Hasani ... The Central Bank has kept 9 personalities' money 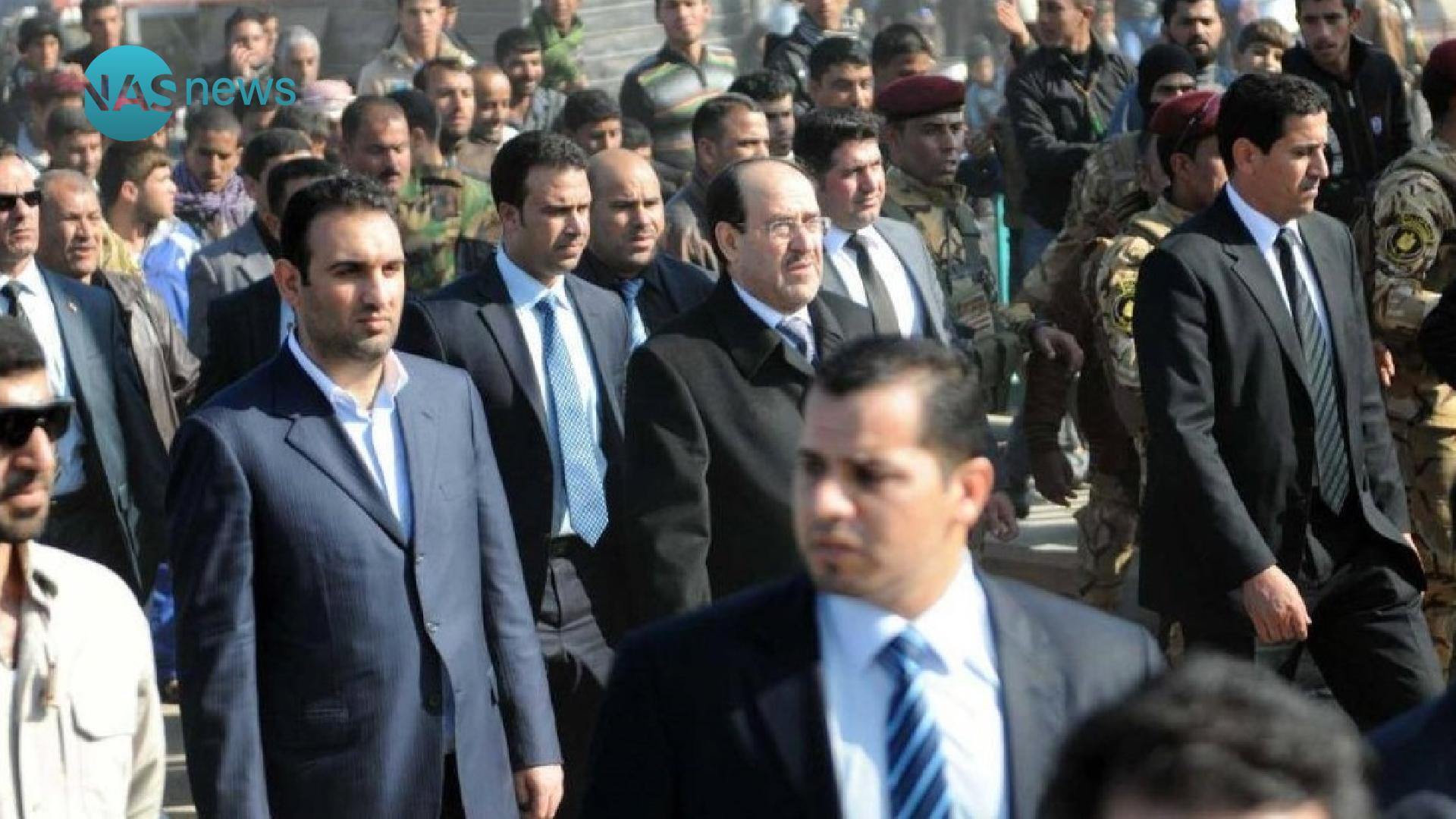 On Thursday, the Central Bank of Iraq issued a circular to the licensed banks by placing a sign of precautionary seizure on the movable and immovable funds of 9 personalities, headed by MP Yasser Sakhail al-Maliki.
According to a document that "People" received a copy of (August 27, 2020), the Central Bank instructed all licensed banks to seize movable and immovable money for 9 personalities, headed by Yasser Sakhail al-Maliki, his brother Luqman, the governor of Karbala, Aqeel al-Taraihi, Zuhair al-Araji, a member of Parliament, and Hajem The good 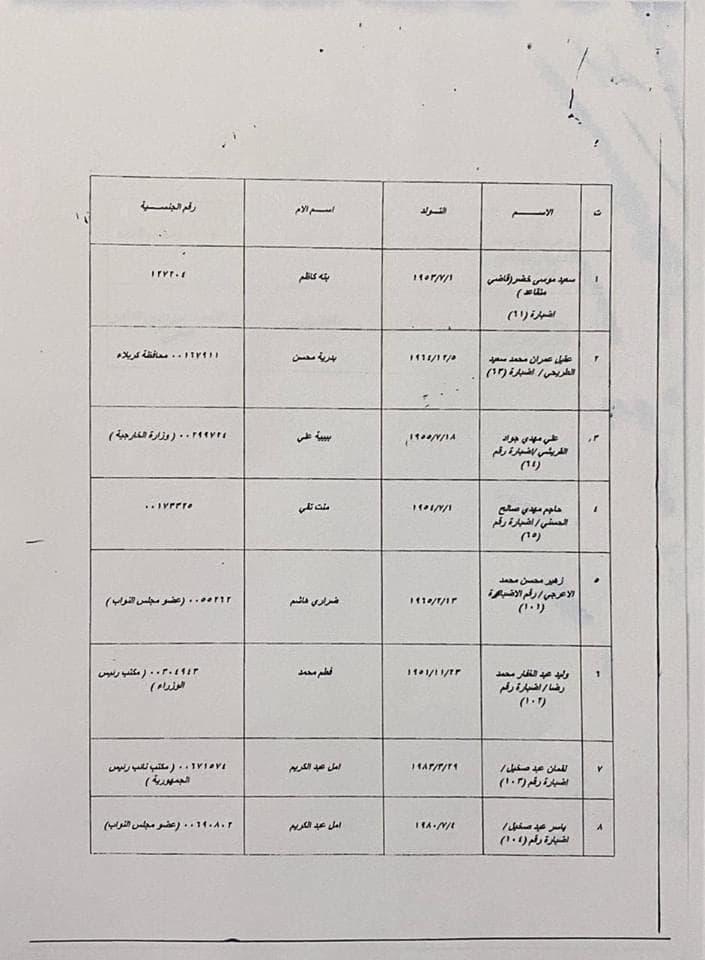 Report: Nuri al-Maliki distributed his wealth among his relatives ... But the "Sakhil Strike" did not miss its goal!

Not true !! No, but I don't think I see this in front of my eyes an article that tells us that Al-Malaki will smell like hot soup, and will be accused of corruption !!! No tell me it's not true !!

Jayzze tells me that I am not right, you who tell us all the time that nothing will ever happen for Al-Malaki, and his corruption !!

If you follow the news on Iraq so much, you should know that the former Prime Minister Abadi, signed a contract with an international company for corruption, this is the name of this firm that I am looking for for you. prove it, but currently memory is failing me, so you see that I am not a guru, even I can have forgotten things !!!

So I hope this will help you see more clearly where Iraq is heading, either internationally, not too disappointed I hope to read this news !!

Have a lovely day everybody !!

[size=30]Report: Nuri al-Maliki distributed his wealth among his relatives ... But the "Sakhil Strike" did not miss its goal![/size] 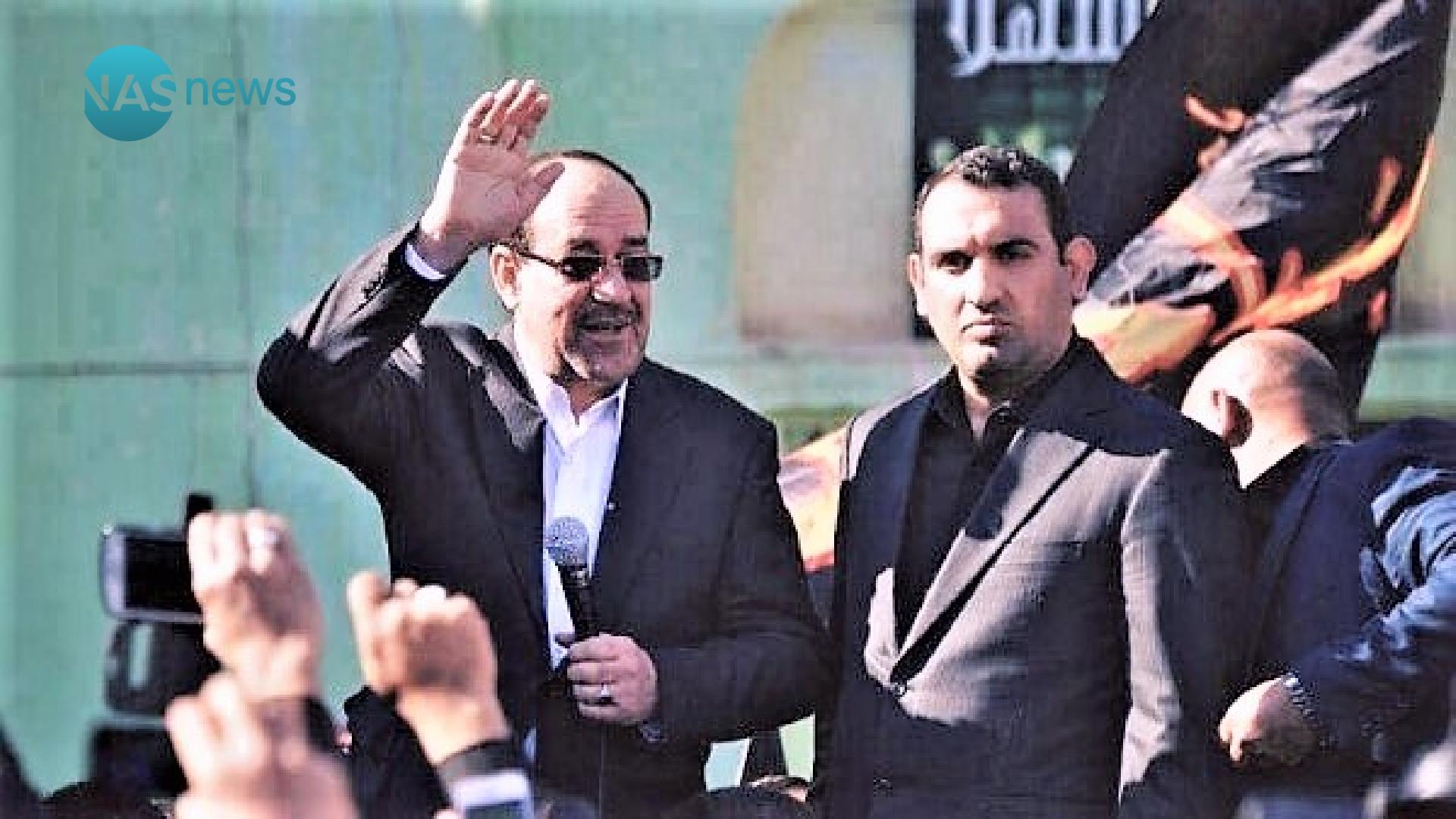 On Saturday, a press report dealt with the recent measures of the Central Bank of Iraq, which included a list of politicians and members of Parliament, as well as officials, including Nouri al-Maliki's son-in-law, Yasser Sakheel.

The report, published by the London-based Al-Arab newspaper and followed by People, (August 29, 2020), said that the decision may be the first of the Iraqi government's actions against corruption, while he ruled out that these measures include "corruption whales."

The report also ruled out that the decision is indicative of a "declaration of war" against former prime minister Nuri al-Maliki, "accused of corruption," and who "distributed his wealth among his relatives in anticipation of future accountability," as the report said.

The text of the report follows.


The Iraqi government chose to start its battle with corruption from locations close to the head of the State of Law coalition, Nouri al-Maliki, without publicly contacting him, in a move that observers said was closer to a skirmish than to a confrontation in light of the difficulty of the political attack on the former prime minister who surrounded himself in a large circle of Corrupt officials have a complex network of relationships.


The Central Bank of Iraq decided to freeze the assets of nine former and current officials and seize their properties, including al-Maliki's son-in-law, Yasser Sakhail and his brother Luqman Sakhail, against the backdrop of non-payment of debts owed to the state.


The decision stipulated “the seizure of movable and immovable funds for each of Yasser Sakheel and his brother Luqman Sakheil, the former governor of Karbala, Aqeel Al-Taraihi, Zuhair Al-Araji (a parliament member), and Hajem Al-Hasani (the former speaker of the House of Representatives."


Al-Kazemi pledged to refer all the corrupt to the judiciary, regardless of their position in the country, but Iraqi observers are ruling out that this campaign will expand or take the character of a clash with Maliki at a time when the current Iraqi Prime Minister seeks to calm down with the parties and militias close to Iran that are moving on more than one front. To weaken him after his visit to the United States, and the stances and statements issued by it that bring him closer to Washington's side than to Tehran's side.


Observers pointed out that Al-Kazemi's move is closer to reassuring protesters and achieving their demands than a declaration of war on al-Maliki, especially since fighting corruption is at the top of the demands of the massive protests that Iraq has witnessed since last October.


Well-informed Iraqi sources stated that al-Maliki had previously distributed his wealth among his relatives in anticipation of what might happen in the future.


The sources considered in a statement to "Al-Arab" that the government's strike did not miss its goal, even if it did not proceed directly in the direction of Al-Maliki, and that it sent a message to him that his situation is completely unsafe as he believes.


She revealed that many files will be opened without personalities still being targeted directly, which means that Al-Kazemi decided to hang an expected alarm in many necks whose owners would feel in danger and resort to hiding from power either by leaving Iraq or searching for ways to compromise with The government, a settlement will return large sums of money to the state treasury.


And the Iraqi Prime Minister put all the weight of his government and the support he received from the United States, in addition to economic reforms, in opening the files of corruption without fanfare.


Sakhil is the son-in-law of al-Maliki and a member of parliament for the State of Law coalition, and al-Maliki nominated him for the interior portfolio in the al-Kazemi government despite his lack of any experience in the field of security or its administration.


The State of Law Coalition angered the political blocs when it nominated Sakhail to the Interior Ministry due to its knowledge of the shallowness of Maliki's son-in-law and his entry into parliament with a forged testimony and his lack of experience in security affairs.


Previously, al-Maliki used his son-in-law to purify the inner house of the Islamic Dawa Party, which he leads, as they led a campaign of clashes and public relations that ended in deporting all opponents. It also allowed them to dominate the State of Law coalition, until they became among its most prominent leaders.


Sources close to the Dawa Party say that my brother-in-law, Yasser Sakhel and Hussein al-Maliki controls the official political position of the State of Law Coalition.


The American "Daily Beast" newspaper has previously revealed that the investigations conducted by the US Department of Justice with the "Saleport Global Services" company about its role in bribing Iraqi officials, included Nuri al-Maliki and his son-in-law Yasser Sakhil.


In 2014, Saliport obtained a contract from the Air Force to provide services to Balad Air Force Base, north of Baghdad.


The newspaper said that investigations conducted by the US Department of Justice indicated that suspicious activities were carried out by "Afaq" on behalf of "Salibort", as Iraqi government officials promised to provide them with money in exchange for registering "Salibort" as a contractor.


The news of such rulings hardly arouses the interest of Iraqis, because the majority of corruption cases that are decided by the judiciary concern lower-ranking officials without approaching what the Iraqis call “the big corruption whales,” referring to senior political officials, party leaders and militias who have been suspicious for years. No one dared to open their files.


The Secretary-General of the Al-Bashaer Movement, Yasser Al-Maliki, commented, on Thursday, on the Central Bank's decision to seize its movable and immovable funds, within a list of nine personalities.

Al-Maliki wrote in a blog posted on "People" (27 August 2020), "We explain to the brothers who are wondering about the book of the Ministry of Finance to seize the money, and we say it is just an administrative problem between Parliament and the State Real Estate Department, about the house that the parliament rented and allocated to us, and it seems that it is late in fulfilling the dues." .

He added, "We are surprised by the issuance of such a book, and if we are used to exaggerating issues with the aim of excitement and other reasons."


On Thursday, the Central Bank of Iraq issued a circular to the authorized banks to place the precautionary seizure mark on the movable and immovable funds of 9 personalities, headed by MP Yasser Sakhail Al-Maliki.

According to a document that "People" received a copy of (August 27, 2020), the Central Bank instructed all licensed banks to seize movable and immovable money for 9 personalities, headed by Yasser Sakhail al-Maliki, his brother Luqman, the governor of Karbala, Aqeel al-Taraihi, Zuhair al-Araji, a member of Parliament, and Hajem The good