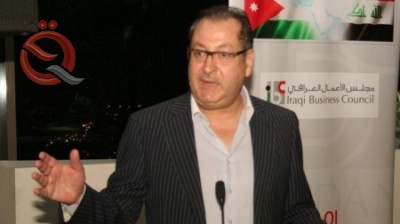 
The head of the Iraqi Business Council in Jordan, Majed Al-Saadi, confirmed, on Sunday, that Iraq is surrounded by a fire belt represented by its sensitivity to the sensitivity of the geopolitical factors surrounding it.
Al-Saadi said, in a press statement followed by Al-Eqtisad News, that "Iraq is surrounded by a fire belt, resulting from the influence of neighboring countries on it, as well as internal problems accumulated for 17 years, which is a heavy legacy for Mustafa Al-Kazemi's government regarding the file of the Iraqi economy."
He added, we presented many economic proposals to the previous Iraqi governments, but the latter did not interact with them because they were preoccupied with "the quota system and the sharing of positions."
Al-Saadi explained that the interest in restoring the security system is an urgent necessity to rebuild the Iraqi economy, pointing out that Prime Minister Mustafa Al-Kazemi raised the issue of rebuilding the security system with US President Donald Trump.
He stated, that in light of the dangerous repercussions of the Corona virus on the global economy, the low oil prices and the inability of Iraq to finance new projects, the solution lies in the Iraqi and foreign private sector, which will only return through the giant oil companies.