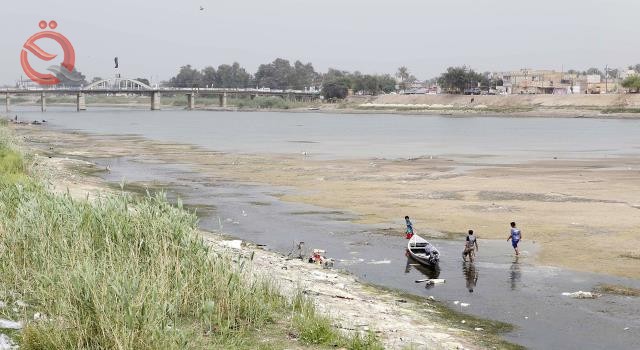 On Sunday, the Parliamentary Agriculture, Water and Marshlands Committee called for rapid government action to ensure a continuous flow of water from Iran.
The head of the committee, Salam Al-Shammari, said in a press statement received by "Al-Iqtisad News", that the Ministry of Water Resources indicated the great damage that will affect Iraq, especially in its center and south, from the low levels of the Zab and Sirwan rivers coming from Iranian lands.
He added that the damage will first affect Diyala Governorate, especially the Diyala River, on which the province depends completely to irrigate millions of dunams of agricultural land.
He explained that the matter requires swift action from the government, and through the concerned authorities, to ensure the right of Iraq to the water entering its rivers and to know the reasons for diverting the course of these rivers.
Al-Shammari renewed the government's request to activate its moves with Turkey and Syria to ensure Iraq's share of the incoming water, warning of drought seasons that warn of what is more dangerous.

Similar topics
» Agriculture and Water Committee warns of the end of the agriculture sector in central and southern Iraq
» Minister of Water Resources: Iran has completely cut off water from Iraq, and we will file a complaint with the International Court of Justice
» After decades of low water levels, two of Iraq’s popular lakes appear to be filling again.
» Turkey announces the release of water from "Alesso" to Iraq, "despite the damage"
» Iraq ready to freeze production at Jan levels pending deal -source