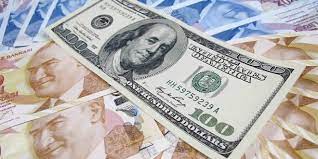 Economy News - Baghdad
On Wednesday, the Central Bank of Iraq instructed authorized banks not to pay employees' salaries, starting in August, except after approval by the Ministry of Finance.
The central said in an official letter addressed to the licensed banks in Iraq, which was received by "Al-Eqtisad News", "based on the directives of the Ministry of Finance / Minister's Office according to their book numbered number 959 dated 08/18/2020 and in view of the financial conditions the country is going through and the decline in crude oil exports."
Worldwide Source
He added: "Your banks should not release the salaries of the employees of the centrally funded or self-financed departments of the state, whether losing or gaining ones, and the citizens have their salaries with you, starting from August and the following months, except after the approval of the Ministry of Finance."
The central indicated that this aims to achieve "the principle of justice and equality."