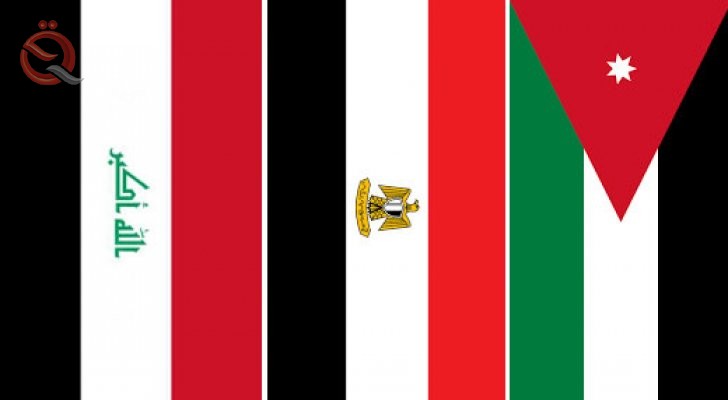 This week, a tripartite summit will be held in Jordan, bringing together Prime Minister Mustafa Al-Kazemi, Jordanian King Abdullah Al-Qani and Egyptian President Abdel Fattah El-Sisi to discuss common economic issues between the three countries.
This is the third summit among the three countries that have believed since the year 2019 to focus on supplying Jordan and Egypt with Iraqi oil at reasonable prices.
The official Jordan News Agency, Petra, said that the Jordanian capital, Amman, is hosting this week a tripartite summit that brings together Jordanian King Abdullah II, Egyptian President Abdel Fattah Al-Sisi and Iraqi Prime Minister Mustafa Al-Kazemi.
She emphasized that the summit, which is being held for the third time, focuses on strengthening economic, commercial and investment cooperation between Jordan, Egypt and Iraq, in addition to discussing regional issues .
The Jordanian agency added that the first tripartite summit was held in Cairo in March of 2019, followed by a tripartite summit held in New York, USA, in September of last year .
Prime Minister Mustafa Al-Kazemi commented about his visit to Amman, saying, "I am returning to Iraq from Washington, and then I am visiting Jordan in the middle of this week."
He added that "we will discuss the development of bilateral relations between Iraq and Jordan," indicating, "We will also discuss at the tripartite summit the application of tripartite relations related to the economic field and developments in the region."
He stressed that the countries of Iraq, Jordan and Egypt will have an important role in the region’s developments.
On the other hand, Iraqi Foreign Ministry spokesman Ahmed Al-Sahhaf said, "The tripartite summit comes within the framework of our openness to the Arab depth."
The Jordanian Ministry of Energy said last July 2 that Iraq had suspended daily supplies of crude oil transported by land on trucks to Jordan until further notice due to the decline in oil prices.
Iraq sells its oil to Jordan for less than 16 dollars of Brent crude, according to the agreement signed between the two countries, and upon the collapse of oil prices during the current year, Iraq sold its oil at less than its cost price.

Similar topics
»  Advisor to Kazemi: Sisi and Abdullah II will visit Iraq soon
» Foreign Minister Fouad Hussein meets his Jordanian counterpart in Baghdad
» Halabousi issues a directive to discuss economic issues
» Iraq and the United States discuss international and regional issues of common interest
» Corona and the economic crisis are at the table meeting Al-Kazemi’s meeting with the Minister of Health and the Governor of the Central Bank