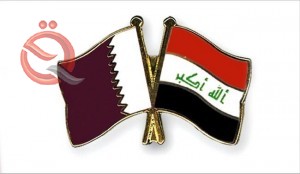 On Saturday, the Iraqi ambassador to Doha, Omar Al-Barzanji, affirmed that the stability of Iraq is a priority and a mutual interest for the State of Qatar, describing the relations between the two countries as being strongly oriented towards mutual openness, while noting that the understandings have reached their final stages to exempt holders of diplomatic, service and special passports, And Iraqi businessmen with specific classifications of entry characteristics to Qatar, he pointed out that the volume of trade exchange between the two countries amounted to 129 million dollars.
Al-Barzanji said, in an interview with the official newspaper, which was followed by "Al-Eqtisad News", that "the State of Qatar has a distinguished infrastructure in education and technology and has international partnerships that can be benefited from, in addition to the availability of many political and economic interests, which can invest well and benefit the two countries."
In addition to the possibility of benefiting from Qatari partnerships for the sake of rebuilding the infrastructure in Iraq, noting that "the relations between the two countries are now strongly oriented towards mutual openness, and this concern has been reflected during the mutual visits, and the two countries did not leave an opportunity until they expressed support and positive solidarity."
Al-Barzanji added that "the volume of trade exchange between the two countries amounted to about $ 129 million," noting that "the two countries have a joint committee that held its last meeting in Doha in 2018, after a 16-year hiatus, and we hope to hold the next session in Baghdad."
On security cooperation between the two countries, Al-Barzanji explained that "the most important common interests were confronting criminal terrorist organizations (ISIS) and fighting their expansion in the region and rebuilding the liberated areas affected by terrorism, and we have noticed that the State of Qatar is showing clear keenness to strengthen the relationship with Iraq," pointing out that "The Qatari brothers consider the stability of Iraq a priority and a mutual interest, and the two countries have memoranda of understanding signed, especially in the security field."
The Iraqi ambassador in Doha pointed out that “Qatar has sent two field hospitals equipped with various medical equipment to Iraq to confront the Corona virus, and work is underway to strengthen joint cooperation between the two countries,” stressing that “the Iraqi-Qatari relations are witnessing a significant positive development that has resulted from This development has exchanged visits between the officials of the two brotherly countries at the highest levels. On 7/20/2020, the Prime Minister received a call from his counterpart Sheikh Khalid bin Khalifa bin Abdulaziz Al Thani / Prime Minister and Minister of the Interior of Qatar to discuss and strengthen the prospects for cooperation between the two countries and ways to develop them. And its development, as well as the exchange of views on a number of regional and international issues.
He continued, "One of the most important outputs of the Iraqi-Qatari Joint Committee is that the embassy enters into understandings with the Qatari side to cancel entry visas for all Iraqis, and it begins in several stages, beginning with the exemption of holders of diplomatic, service and special passports, and Iraqi businessmen with specific classifications, up to the exemption of Iraqis in general. One of the features of entry into the State of Qatar according to conditions to be agreed upon between the two countries.
Ambassador Al-Barzanji stressed that "Iraq appreciates the level of relations existing between the two brotherly countries, and looks forward to promoting this relationship to better levels in the future within the framework of the Iraqi government's orientations and its pursuit of a positive neutral policy, and the relationship is going forward towards cooperation based on the common interest that benefits the two brotherly countries." .