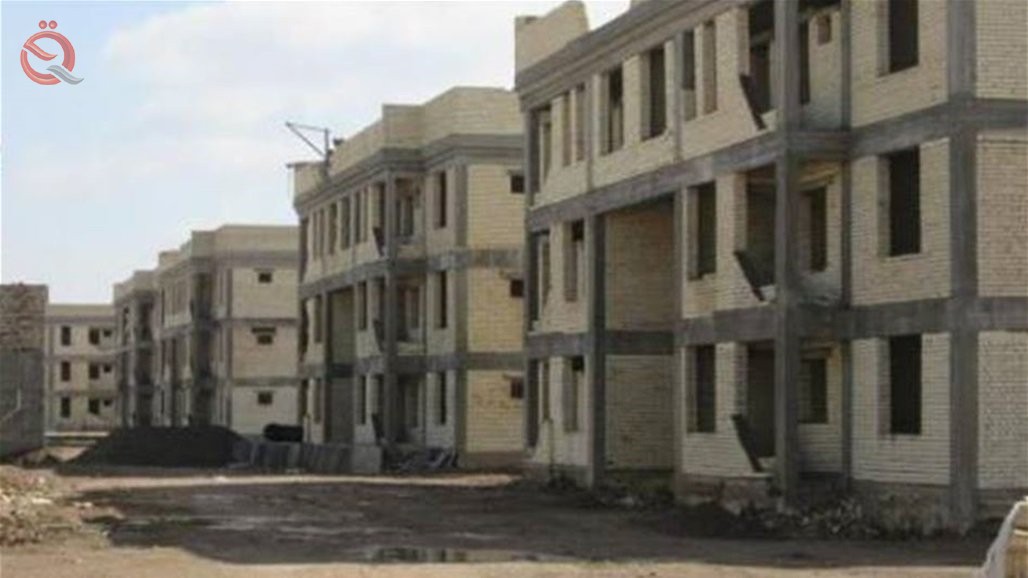 Deputy Chairman of the Parliamentary Labor, Social Affairs, Immigration and Immigration Committee, Hussein Arab, announced on Saturday that it is hoped that 1,600 housing units will be distributed in Baghdad, Basra and Maysan among the poor and the families of martyrs and widows early next year.
Arabs said, "There are complexes in Sadr City, which are 1008 housing units, with a completion rate of 65 percent, and in Basra 300 housing units, with completion rates of 75 percent, and the same in Maysan, which is fully built." Any of the completed housing units shall be distributed among the beneficiaries of the poor and the families of martyrs and widows who fall under the care categories of the Ministry of Immigration and Displacement.
In an interview with the official Al-Sabah newspaper, Arabs explained that “meetings were held in Parliament and the Ministry discussed the reason for stopping these projects from working on them for a period of up to seven years, and the agreement to complete all procedures for these complexes,” going on to say that “it is hoped that These residential complexes will see the light at the beginning of next year. "