Before traveling to Washington, Al-Kazemi: We need direct and continuous support for the American army to defeat terrorism in Iraq

Before traveling to Washington, Al-Kazemi: We need direct and continuous support for the American army to defeat terrorism in Iraq 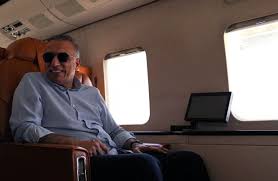 Baghdad / Al-Akhbariya:
Prime Minister Mustafa Al-Kazemi confirmed today, Monday, before heading to Washington, that his country still needs American help to confront the threat posed by ISIS, and that his administration is committed to introducing reforms in the security sector as rebel groups, launching almost daily attacks on his government headquarters.

In an exclusive interview with the Associated Press, Al-Kazemi said that Iraq currently does not need direct military support on the ground, and that levels of assistance will depend on the changing nature of the threat.

Al-Kazemi added, "In the end, we will continue to need cooperation and assistance at levels that may not require direct, military and field support today." Adding that the cooperation "will reflect the changing nature of the terrorist threat," including ongoing training and arms support

The Iraqi Prime Minister added that his country still needs US assistance to confront the threat posed by ISIS, and that his administration is committed to introducing reforms in the security sector.

Al-Kazemi is scheduled to meet with US President Donald Trump in Washington this week to conclude a strategic dialogue that began in June to reshape US-Iraqi relations.

Al-Kazemi assumed his post in May 2020, as Baghdad's relations with Washington were unstable, and the killing of Iranian General Qassem Soleimani and the deputy head of the Popular Mobilization Authority, Abu Mahdi Al-Muhandis, in an American drone raid in Baghdad in January, prompted demands from Shiite lawmakers to leave the forces America of Iraq.

Three years after Iraq declared victory over ISIS, sleeper cells continue to launch attacks in the north of the country.Meanwhile, the US-led coalition is implementing a planned withdrawal this year with Iraqi security forces taking the lead in fighting and air strikes.

Similar topics
» Saleh assures an American official the importance of international support for Iraq and the completion of the victory against terrorism
» Al-Kazemi Al-Maliki: You will only see from us support and direct support
» Union of Forces: Jubouri visit to Washington aimed to defeat terrorism and the reconstruction of liberated areas
» Washington confirms its commitment to providing logistical support to develop the capabilities of the Iraqi army
» An American-Iraqi strategic dialogue: a matter of interests and expectations