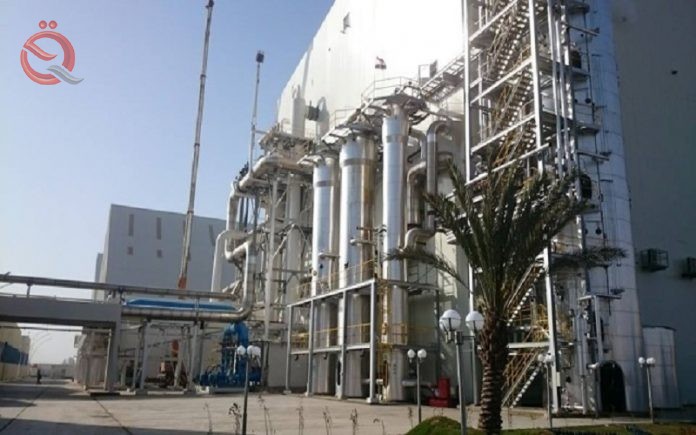 Nineveh province began building 26 factories that had been out of service during the sway of the terrorist "ISIS" gangs over Nineveh Governorate.
The governor of Nineveh, Najm al-Jubouri, said in a statement seen by Al-Iktissad News, that “the Nineveh municipalities, in cooperation with two private sector companies, have begun to construct about 26 factories that were out of service due to their bombing and the theft of their machinery and equipment by criminal“ ISIS ”gangs.
He added, "The factories are part of the campaign for the reconstruction of the second phase of the Mosul factories, as laboratories have been rebuilt for flour, sugar, cement, Pepsi and others." “.

MP Ahmad al-Jarba announced on Saturday 15/8/2020 the donation of the Hussaini Shrine to the development of four field hospitals at a rate of 450 beds, which will be on the right and left sides of the city of Mosul and in the district of Tal Afar and Bartella district.


Al-Jarba thanked the reference and the Hussaini shrine for this humanitarian initiative and the Minister of Health for his distinguished and continuous efforts in overcoming all the obstacles that the health of Nineveh governorate suffers from.

Similar topics
» Construction of 4 schools in Nineveh with the support of the Reconstruction Fund
» Nineveh: Completion of the construction of 1000 housing units and low cost
» The crisis cell in Nineveh announces a package of construction projects to be implemented in Mosul
» Nineveh Governor: Finance releases the frozen balances of Nineveh Governorate, amounting to 400 billion dinars
» Maliki to visit White House: Countdown began for post-Maliki era; Has the countdown began to replace Nouri al-Maliki?