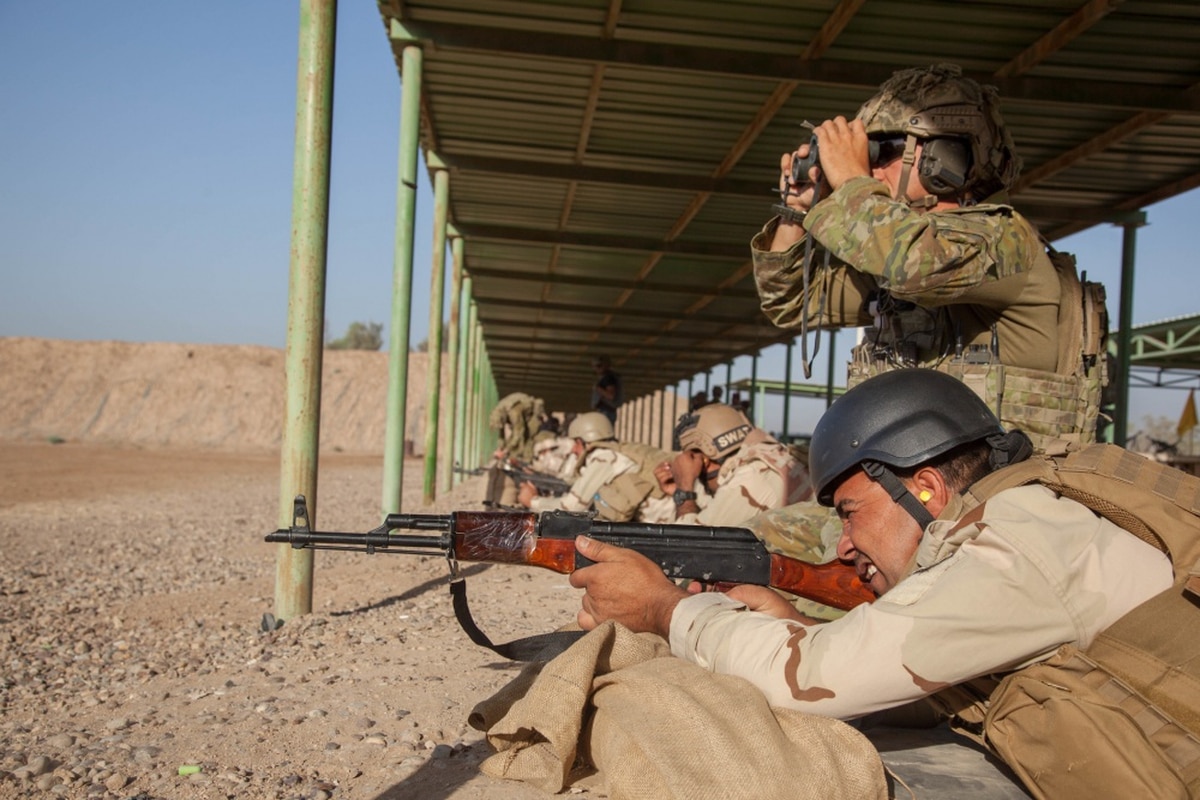 As the U.S.-led campaign to defeat ISIS settles into its seventh year, the head of U.S. forces in the Middle East is considering what that effort will look like down the road.
Though the physical caliphate lost its territory in March 2019, the jihadi group still remains a threat and troops remain on the ground in Iraq and Syria supporting Operation Inherent Resolve. That will likely be the case for years to come, Marine Gen. Frank McKenzie, Central Command’s leader, said Wednesday during a talk with the U.S. Institute of Peace.

“At some point, we do want to get smaller there,” he said. “I just don’t know when that’s going to be.”
Though the Iraqi government has made moves toward calling for a withdrawal of U.S. troops, they have not acted on them in any formal way to push out the roughly 5,000 troops still there.
At the same time, McKenzie said, the coalition-controlled parts of western Syria can continue to physically fend off ISIS with the help of about 400 U.S. troops, according to figures released late last year but there is no clear replacement for a U.S. presence.

Page 1 of 1
Permissions in this forum:
You cannot reply to topics in this forum
Who is online?
In total there are 114 users online :: 2 Registered, 0 Hidden and 112 Guests :: 2 Bots