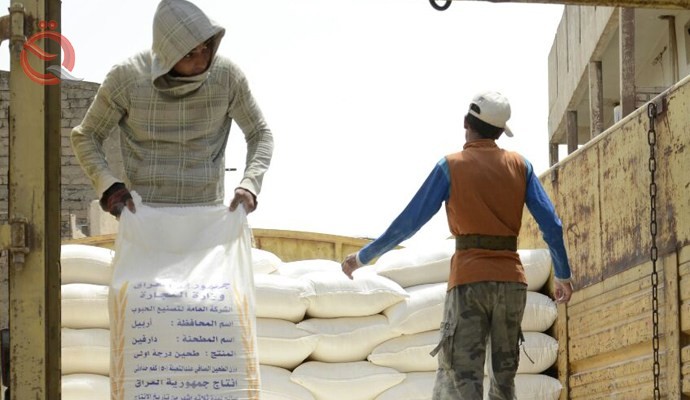 
The Minister of Commerce, Alaa al-Jabbouri, announced the imminence of equipping citizens with the ration card items, indicating that the funds had been obtained from the Ministry of Finance after great efforts made by the Ministries of Commerce and Finance.
Al-Jubouri said in  a statement reported by the official Al-Sabah newspaper and seen by Al-Iqtisad News, that "the Ministry of Finance has released 91 million dollars of financial allocations to secure the requirements for preparing and distributing the rationale for the ration among citizens in the coming days."
He added that "the ministry will start, as of next week, to distribute the ration items among the citizens after receiving the sums allocated to them."
Al-Jubouri pointed out that "the ministry is working to increase financial allocations to improve the ration card items after overcoming the financial and economic crisis."
He explained that "the ministry will contract to purchase quantities of sugar and food oil within the contracting mechanisms to meet the need and requirements of the ration card, which will be carried out in accordance with instructions supporting the local product, provided that it is within the specifications and instructions of the Economic Ministerial Council."
The minister emphasized that "the ministry will contract with the national institutions to purchase some items, according to the contractual mechanisms followed."
Regarding the strategic storage amount of the wheat crop, Al-Jubouri pointed out that "the ministry has achieved self-sufficiency in wheat, and the strategic storage in it is sufficient for the coming years, and it will not resort to importing the wheat crop."