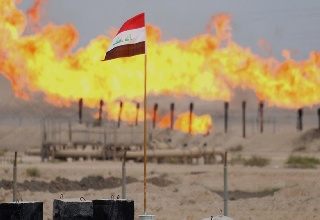 On Sunday, the National Retirement Authority denied the rumors that the end of service gratuity was paid to members of the government of former Prime Minister Adel Abdul Mahdi.
The authority said in a statement seen by "Al-Eqtisad News", that social networking sites "circulated a book talking about disbursing end-of-service bonuses to members of the previous government."
She explained that "the book below is forged and not issued by the National Retirement Authority," noting that "what is published on these sites is intended to confuse the work of the commission and to incite the street against the work of government institutions." Page 1 of 1
Permissions in this forum:
You cannot reply to topics in this forum
Who is online?
In total there are 160 users online :: 3 Registered, 0 Hidden and 157 Guests :: 2 Bots

Most users ever online was 2065 on Mon Apr 09, 2012 5:34 pm
Latest topics
» Member of Parliament: The dollar exchange rate cannot be changed to 1300 by collecting the signatures of MPs!