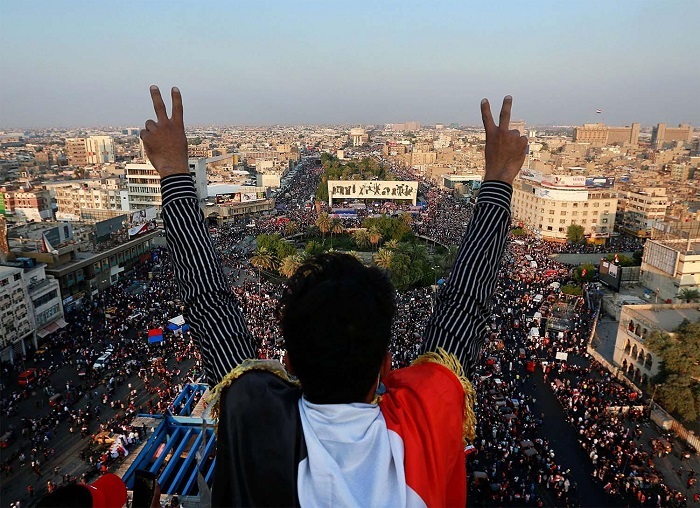 Shafak News / A report by the Wall Street Journal said that Iraq has finally started to return to the right path, even though it is going through an unenviable situation at the present time as a result of the Corona pandemic and the struggle of regional and international wills within its territories.

The report monitored several indicators reported by the American "Brookings" Institute confirming that progress has been achieved in many ways in the country from 2003 until today.

First: The country's population has risen from about 25 million in the last years of the rule of former President Saddam Hussein to 40 million today.

According to the newspaper, this in itself is neither good nor bad, but it means that Iraq is big enough to be an important player in Middle East politics.

The newspaper report indicates that there is still substantial poverty in Iraq, corruption is rampant, and the prospects for work for Iraqi youth are modest, but nevertheless, there have been positive economic developments.

Fourth, the annual rate of internal displacement has fallen by more than half since the defeat of ISIS.

Fifth: Many indicators of quality of life have improved significantly over the past two decades. Mobile phones, which were limited to the Ba'athist elite, are ubiquitous, and the total number of users is almost equal to the population.

Sixth: The average life expectancy of an individual has increased from 67 years in 2002 to about 73 years today.

Seventh: The number of modern sanitation facilities that have reached more than 40 percent of the population has increased, compared to 32 percent before 2003.

More than half of the population also has access to safe drinking water, although this file still needs to do more.

Eighth: The national literacy rate increased from 74 percent at the turn of the century to 85 percent today.

The Wall Street Journal report concludes, however, that there is still a long way to go for Iraq to achieve the desired political and economic stability, in light of the popular protests that erupted last year, high indicators of corruption and a decline in press freedom.

The protests began last October and lasted for several months, during which hundreds of thousands of Iraqis demanded jobs, services and the departure of the ruling elite, which they said was corrupt.

The protests caused the resignation of Prime Minister Adel Abdul Mahdi, who was replaced in May by Mustafa al-Kazemi, the former head of the intelligence service.

Iraq, which relies on oil exports for most of its revenues, suffers from corruption and mismanagement for many years, ranked 161 out of 168 countries in Transparency International's annual report on corruption for 2015.

Iraq also ranks 156 out of 180 countries in the world rankings for press freedom issued by Reporters Without Borders.

Re: 8 signs that Iraq is back on the "right track"

so claude here is number 9 iraq has almost no liquity  left  number 10 they are 3 billion dinars short every month. and  ther corruption keeps growing  kazami trying to curb it  despite iranian influence. so theres ten good reasons why iraq is on track for  power in the mid east

Similar topics
» Kaperoni: "It's going to take Iraq several months to get back on track and move forward" 12/28/20
» Iraq rail service back on track after war with Islamic State
» Thank-you Tony... Everything is back on track!!!!
» Maliki: Iraq is facing a conflict with regional support to bring him back to back
» Pimpy says -- a major step towards what we're looking for. Looks like we are back on the right track