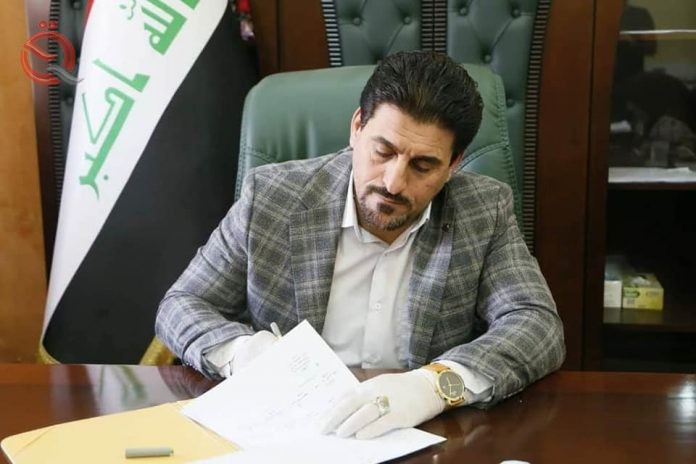 The General Company for Mining Industries, a company of the Ministry of Industry and Minerals, announced Thursday the export of its asphalt products to the United Arab Emirates.

The company’s general manager, Adnan Al-Ghannam, said in a statement, “Economy News” received a copy of it.
Al-Ghannam added, “The Asphalt Products Factory in Diyala Governorate was officially opened in the middle of last June and is the first of its kind in the province. It was established under the partnership contract concluded between the General Company for Mining and the North Fayhaa Company, as it specializes in the production of three asphalt products, including Prime Coats of all kinds.
Cat Buck and its various types and asphalt with a total capacity of (80) thousand tons / year, stressing that the company is proceeding with its plan to establish factories for the production of asphalt paints in various governorates of the country in partnership with the private sector.
For his part, Deputy Director General Majid Hameed Ghadhayeb stated that this meal is considered the first export meal from the asphalt products factory in Diyala governorate to the United Arab Emirates.

Similar topics
» IRAQ STRESSES THE NEED TO REACH AN AGREEMENT THAT WILL ACHIEVE BALANCE AND STABILITY IN GLOBAL MARKETS
» Iraq announces the export of asphalt products to the UAE
» EMIRATES AIRLINES, RESUMES FLIGHTS TO BAGHDAD AFTER 20 YEARS, AND YOU GET A FREE VISA FOR ONE MONTH !!!! BUT WAIT ! IRAQ HAS NO MONEY, AND THEIR DINAR IS WORTHLESS HMMMMMMM!!!!
» The industry supplies the Korean Hanwha company with its asphalt products
» General Company for Mining Industries Signs Agreement to Supply Korean Company with Asphalt Products