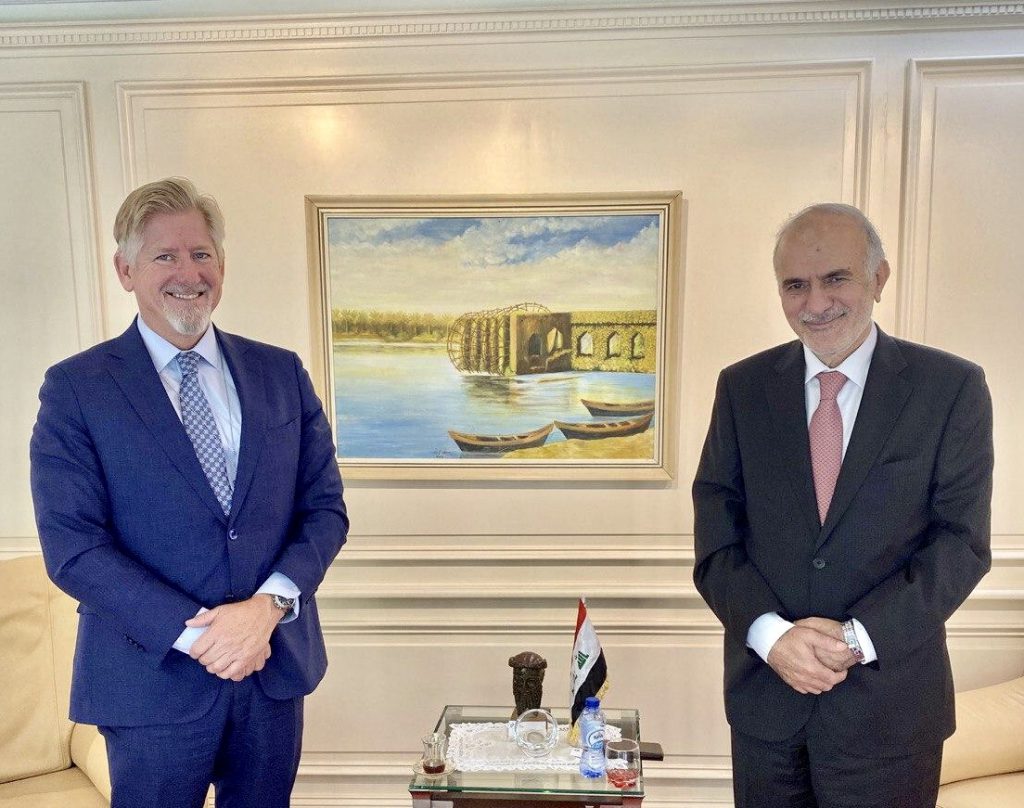 The ambassador of the Republic of Iraq in Brussels, Sadiq al-Rikabi met in his office at the embassy headquarters, Assistant Secretary General of NATO for Operations Affairs John Menza, and the latest developments in relations between Iraq and NATO and the work of the NATO Training Mission in Iraq were discussed at the meeting.

Al-Rikabi pointed out the importance of the role played by NATO to support Iraq logistically in its war against terrorism, and stressed the importance of respecting the sovereignty of Iraq and the decisions of its various institutions.

Mr. Menza indicated that the alliance is working on preparing a periodic review of its work contexts in line with the priorities of Iraq, building its military capabilities, training its security forces in its various classes, and that it seeks to hold a virtual meeting through the television department with the relevant Iraqi authorities in August.