Governor of Baghdad: 150 new schools will be added before the start of the school year

Governor of Baghdad: 150 new schools will be added before the start of the school year 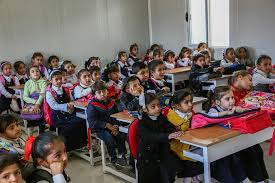 Baghdad News , Governor of Baghdad, Muhammad Jaber Al-Ata, confirmed today, Friday, the construction of new schools that will be ready before the start of the school year.

Al-Atta said in a statement received by "Al-Akhbaria" that "the governorate has been working to rehabilitate old, dilapidated schools since 2013, in addition to achieving completion rates in building new schools, and it is hoped to finish construction work before the start of the new school year."

He added that "there is a great shortage in the number of schools in Baghdad," noting that "the province needs hundreds of schools to fill the momentum with the schools, especially since there are schools that receive two meals, morning and evening, which affected the educational process negatively, and caused pressure on the educational staff."

Al-Atta pointed out that "despite the financial crisis that the country is going through, the establishment of schools is one of the priorities of the province," noting that "the province has a project of 150 schools, where it contracted 127 of them, and the contract is ongoing for the rest."

The Governor of Baghdad had announced earlier the start of building 150 new schools in different areas of the capital as part of the province's plan for the past year.