Baghdad investment: 622 investment projects in Iraq at a cost of 23 billion dollars

Baghdad investment: 622 investment projects in Iraq at a cost of 23 billion dollars 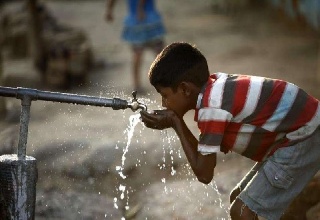 Al-Zamili said, "The reality requires us to support the working investment projects, which number 622 projects at a cost of $ 23 billion and in various sectors by providing all facilities and allowing movement of movement and entry of construction materials and movement of workers in these projects to maintain the continuity of work and support the citizens working in it to prevent unemployment As an exception to the circumstances of the ban due to the Corona pandemic, taking due precautions. "

He pointed out that "financial and administrative corruption stand at the forefront of the causes of confusion in the work, and there is a statistic that there are more than 1771 investment projects in 14 governorates in Iraq, with a total cost of about 53 billion dollars, of which 423 projects are completed, at a rate of 5 billion dollars and 622 projects are under way. With a value of $ 23 billion, but 696 projects are stalled, for various reasons. "

He pointed out, "There is a problem with the issue of contracting with the owners of the lands after granting the investment license and there is an unjustified delay in the issue of approving designs and also raising the hand of agricultural reform, as there are government agencies that delay work, as well as that anyone who wants to access the land faces complex challenges that prevent From reaching Earth. "

Al-Zameli indicated that "the solutions to the problems facing investment projects lie in requiring all parties to implement the provisions of the Investment Law No. 13 of 2006 amending and the provisions of Article 30 of the law, which obligated all ministries, including municipalities and finance, the Baghdad Municipality and the provinces to prepare a list of lands, their areas and their uses and send them to the National Investment Commission and the governorate bodies For the purpose of announcing them investment opportunities and in all economic sectors. " He pointed out, "The necessity of activating the single window in all investment bodies by sending authorized delegates who have the authority to give a decision on behalf of their departments for the purpose of preventing red tape and bureaucracy and facilitating the granting of investment licenses according to the approval of authorized delegates."

Al-Zameli urged to "compel the concerned government agencies to complete the contracts, validate the designs and hand over the land within a specified time period of 30 days, according to the provisions of Article 14 of the Investment Law No. 2 of 2009 and the directives of the General Secretariat of the Council of Ministers to activate the delayed projects due to the unjustified delay above, and operate up to 700 projects A broken investment, which will hopefully create more than a million jobs. "

He pointed out, "The necessity of directing governmental banks to support the last beneficiary of the governmental investment units (the citizen) for the purpose of achieving four main issues, which are supporting the citizen by obtaining a loan, providing financing for the investor, revitalizing the economic sectors accompanying the construction and construction process and achieving a bank interest, through operating the funds and achieving economic development in various Sectors through the capital movement. "

Al-Zamili said that "investment projects are a simple part of the economic activity movement, and they are not considered a basis for development, but are part of it, as they depend primarily on private capital and investment licenses. (Contracting, approval, handover) which usually passes through the routine and bureaucratic stage of the landowners and the planning authorities. It is noteworthy that international companies cannot operate in unstable security conditions, as it is known that capital is cowardly, companies do not venture and spend millions of dollars and then go unheeded, as well as security stability is an important pillar of possible investment.