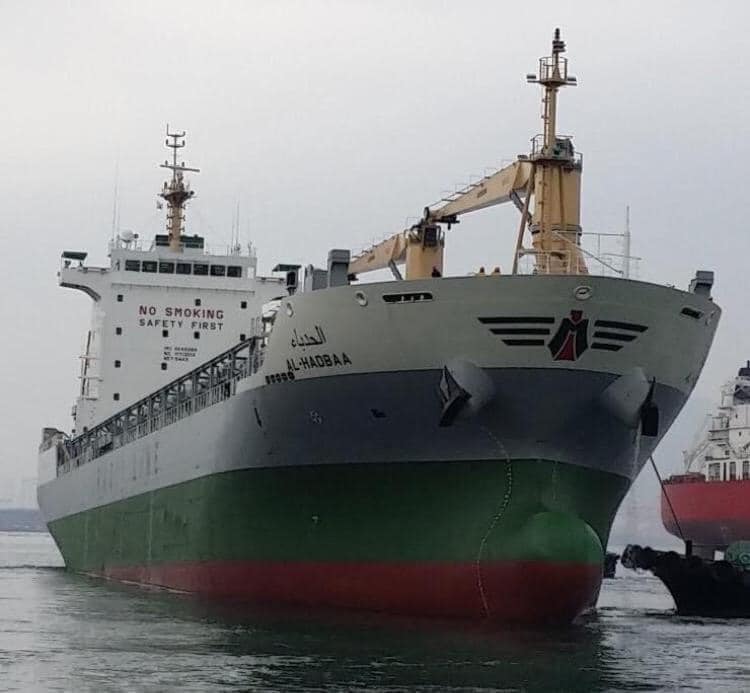 Shafaq News / The Ministry of Transport, represented by the General Company for Maritime Transport, announced today, Friday, the reception of the Iraqi ship Al-Hadba, which conducted a full round about the globe with a distance of 15400,000 nautical miles back and a distance of 19200,000 nautical miles back in a unique precedent that was not witnessed by the Iraqi shipping .


The general manager of the company, Mohiuddin Al Emara, who   received it at the Khor Al-Zubayr port, said in a statement received to Shafaq News, that the Hadba vessel recorded success that the Iraqi ships had not seen before, as it transported various cargo to the most important ports of the world after it set sail from (Umm Qasr _ Emirates port) United Arab Emirates, Canada,   Los Angeles, Guatemala, Panama, Congo, Liberia, Bangladesh, India, Sultanate of Oman, Kingdom of Saudi Arabia, Khor Al-Zubair Port

And that the humpback ship applied all the requirements of the International Maritime Organization IMO and the French Classification Authority and the requirements of all international ports that entered it, adding, and it was intended to establish an extended celebration to receive the humpback ship but the health conditions and according to the instructions of the Supreme Committee for Health and National Safety and due to the spread of the Corona epidemic has been shortened celebration To honor the crew of the ship only .

For his part, Amer Ibrahim, director of the technical department, indicated that the humpback ship completed a complete round about the globe because it crossed the Pacific Ocean, the Indian Ocean and the Atlantic Ocean, and entered important ports .

It is noteworthy that the humpback ship was built for the Iraqi naval fleet in South Korea in 2014   with a load of 17,500 tons .

Similar topics
» For the first time, the US military is conducting maneuvers on the Iraqi border
» Iraqi official: KRG to receive full share of budget for first time
» Full details of the largest theft in the history of Iraq
» Iraqi and Iranian navies are conducting a joint exercise
» Association of Iraqi private banks concludes the cycle of (ISO)

Page 1 of 1
Permissions in this forum:
You cannot reply to topics in this forum
Who is online?
In total there are 69 users online :: 2 Registered, 0 Hidden and 67 Guests :: 2 Bots