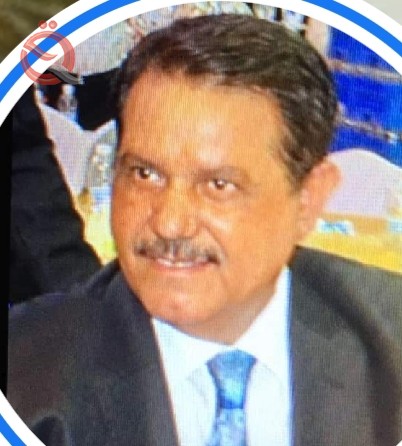 The actions of individuals, companies, interests, bodies, ministries, and countries depend on the strength and integrity of contracts and agreements that they sign with others .. It depends on the capabilities, skills, expertise and competence of negotiators between the parties ... As well as the capabilities and qualification of the team that sets the terms and provisions of these contracts and their comprehensive knowledge of Iraqi and international trade and customs laws And the publications of the International Chamber of Commerce in Paris .. The good agreement results in the provision of large funds and subsequent efforts, and the parties avoid disputes, complaints and losses ..
As a financial and banking employee, I participated in negotiating and conducting contracts at many times, for the state and the private sector, especially after the issuance of the decision to accept the term payment with Iraq in 1983 and after the General Directorate for Agreements and Loans was established in the Central Bank of Iraq and the formation of the Banking and Agreements Banking Division at the Rafidain Bank in the International Department Then the establishment of a unit to follow up agreements and loans in the office of the bank’s general manager in the first half of the eighties of the last century and the formation of a resource committee in the government of several ministers .. I ask God Almighty health and safety for pioneering colleagues in this knowledge field in the state, the central bank, banks, insurance, customs, and the judiciary ... Mercy and forgiveness for those who lost their time, ladies and masters in the dozens .. These good people have had thousands of dollars in their hands on their contractual transactions.
Here are some general, non-detailed ideas that I would like to present to you, perhaps a scientific or procedural benefit for those working in this basic specialty. ...
Contracts in a nutshell are what negotiations between the parties end up, regardless of whether individuals, companies, ministries, or countries have terms, provisions, and agreements. They are not pre-formulations, and blank forms are not filled, but are the wills and experiences of each party in work, dealing, relationships, and law, in buying and selling, financing, investment, and barter. And the rental and rental, in profit, loss and compensation, are in all kinds of danger and protection from it.
What is taken on contracts in Iraq in general is that they are often not inclusive of all the possibilities of actions and accidents that are expected to occur during the contract period .. Therefore, these contracts are subject to continuous amendments and generate disputes during implementation that are not covered by the written texts in the terms and provisions of contracts and the type of sale that results in disputes It leads to disputes with third parties equipped or supported or secondary contractors and contracts become captive to the chronic disease, which whenever time without solutions exacerbated his problems and increased his bondage and reduced opportunities for settlements according to his provisions ..
And it is easy for the conflicting parties to jump quickly and go to the courts because of their preoccupation with other trades or a lack of Knowledge of the settlement .. Courts are tired in scrutiny and investigation, the presentation goes on to the committees and experts, and time passes for the issuance of decisions and subsequent implementation, and projects that have been contracted to implement and stop the economic opportunity for its parties and society ...
On the Iraqi banking front, despite the fact that banks have nothing to do with contracts between buyers, sellers, importers, suppliers, suppliers and their partners, Iraqi banks have faced many problems in responding to their instructions as customers, opening documentary credits by ordering them to benefit the beneficiaries, and issuing guarantees of advance payments in import contracts..and they also respond to their customers to make repeated amendments On the terms and conditions of the credits, their shipping methods, their means of transportation, their amounts and their coverage, and sometimes changing the beneficiaries from undertaking the right transfers, changing the ports, shipping and insurance documents, depositing the goods in the sidewalks, stores, clearances, delivery, etc. ..
which prevailed in acquaintance with foreign banks that the Iraqi documentary credit is one of the longest international credits Because of the large number of amendments to it and the periods of shipment, extension and renewal exceed the fiscal year in the banks ’budgets and the amounts allocated in the general budget of the departments, companies and ministries of the state ..It came out of the class and feature of short-term bank credit.
For decades there are many preparatory stages, perhaps I can summarize them in four stages.
1 / Evaluating the economic limitations of the opportunity, information about it, the pre-conditions of the contract, eligibility and efficiency of the contractors, the currency of the contract, the amount, duration, and language of the contract.
2 / The domestic and international legal situations for the parties and determining the obligations among them of each type.
3 / Potential disputes, imbalances, contingencies, losses, methods of settlement and settlement, contract referencing law and its interpretation.
4 / Signature, validity, execution, payment, means, guarantees, and fines.
As for the stages of dissolution, settlement, and clearance of receivables ... they can be summarized as follows:
1 / The contracting parties themselves and the willingness of their consciences and interests to agree.
2 / trusted third parties, or the choice of arbitration.
3 / Judicial solutions and courts.

Similar topics
» Mazhar Muhammad Saleh: The government concluded nearly 19,000 contracting contracts worth $ 100 billion
» The signing of a memorandum of understanding with Alstom and Hyundai for the implementation of Baghdad train suspended
» Many engineers in Iraq complain about the state's contracting with them
» Work begins implementing the electronic classification system for companies and contracting
» The House of Representatives begins the new legislative session next Saturday