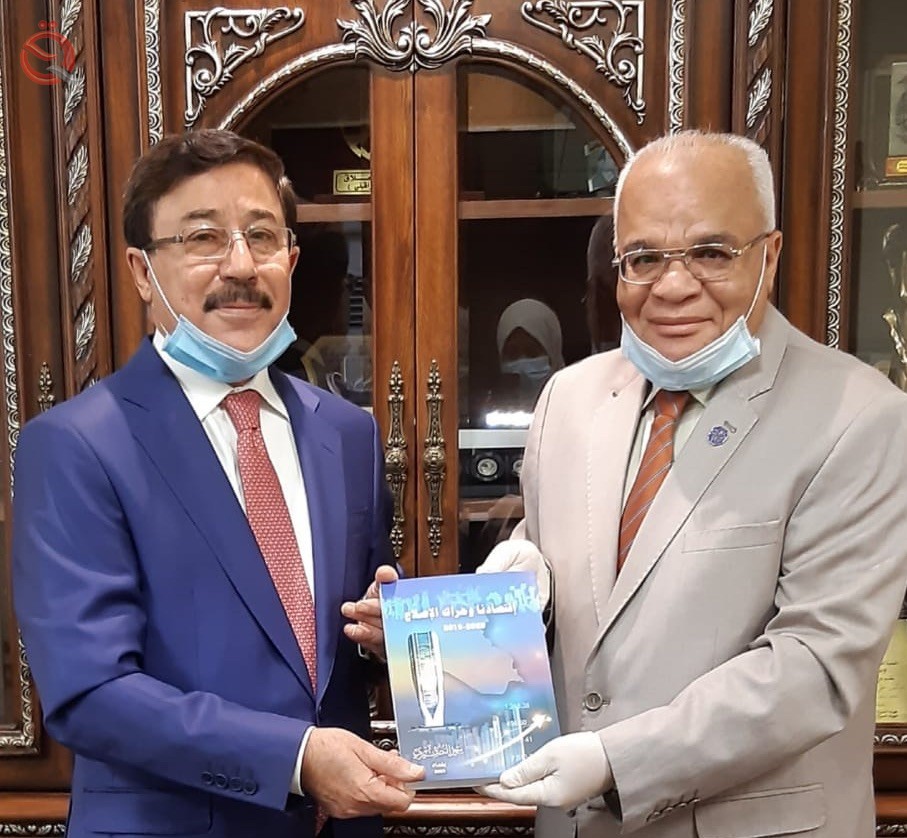 Met on Tuesday , Dr. Ali Mohsen Keywords Governor of the central bank in his office of the Central Bank of Iraq , Mr. Samir Nasiri was handed over the first copy of his new book (our economy and mobility reform 2015 - 2020) During the meeting , Mr. Park governor issued the book in the current circumstances in which Iraq suffers from economic crisis The epidemiology.

The relationship stressed the continuation of its support and care for researchers, experts and academics specialized in economic and financial affairs, stressing the central bank’s keenness to develop and develop human resources and the continuation of the central bank to implement its strategy in the field of investment in human capital and its plan to appoint the first graduates in official Iraqi universities within the jurisdiction of banking and finance and indicated that The first meal of the distinguished youth, who had been sent abroad by the bank to obtain a doctorate, had completed the requirements for obtaining the certificate and would return home soon .

Note that the new book by Professor Samir Nasiri contains four chapters and more than 90 Mbgesa and the number of 340 pages with supplements documentary discusses visions and proposals of economic, financial and banking reform and harvest monetary policy and the central efforts of the Bank for the years 2020 - 2015 to support the national economy at the time of Corona and his plan for the next five years
And that the book has been thankfully presented to him by the Governor .