now that the eu has officially blacklisted iraq for all their illegal activities what does iraq do now?

Re: so what does iraqdo?

@Jayzze wrote:now that the eu has officially blacklisted iraq for all their illegal activities what does iraq do now?

For me my Jayzze I do not see this as bad news, even on the contrary, Iraq has made agreements with high authorities for monetary security like Gafi, here is an article on that


"Iraq has made significant progress which led in 2019 to its removal from the global list of the Task Force on International Financial Action (FATF) for countries suffering from strategic shortcomings in the fight against money laundering and the financing of terrorism. "

here is his link https://www.mawazin.net/Details.aspx?jimare=108950&__cf_chl_jschl_tk__=80edc844ca57b24fbff8dc1bc2c600c8755f10ee-1595248455-0-AVLpw7cIU775E2n5fBjNfuBVG7ASKODPzssHmFwV2bCmYZ3T5VM4uH9-REzxzPEinUMp-uUfjLdpKCNSUjR3IRlBR2kaTV2-UQK4s-YeSL2c3Hcanl1GMHFn-eF8Thj9NpBmVCNpkVRD7KenL-4VN2ldmqE-6X2Y9_qI2-LigBuLJQpSql_kHnq9bFlpWyJG7jgYYn_gHPYnortNogLpSgM7NQXU_uf9a9nVZM_uu0LSC5ikleb5gHM8Z4bvR_fABpJzzFBxiquJQ5oTIBk2EZtQgyfmmy-w8v5mA7Z_i6J5Mj7N9jfTcRQWM5FITtz08w

The advantage that I see that this will push Iraq to advance in the reforms that must be voted to get Iraq out of their financial crisis, and we see that they respect the request of the UN to control the borders for control entry, and exit either to control tax for example !!

Aliens, job duplication and part-time .. 20% of salaries in Iraq go to the corrupt

Look at my Jayzze a good article which answers a good part to your questioning !!

Aliens, job duplication and part-time .. 20% of salaries in Iraq go to the corrupt 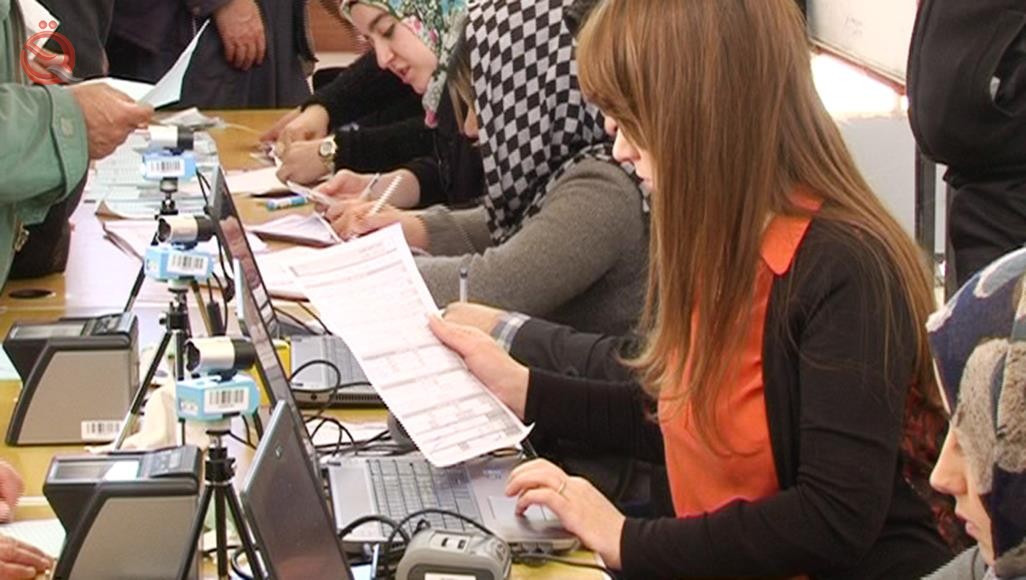 Iraqi officials revealed that about 20% of the salary budget of $ 43.3 billion annually goes to the pockets of the corrupt. This came after the Iraqi government began, in coordination with Parliament, to verify the names of employees, retirees, and social welfare .
The deterioration of the state's financial revenues due to the decline in international oil prices made the government lose the ability to pay the salaries of employees and retirees and resort to local banks, and it is feared that if oil prices remain low, they will be forced to borrow from abroad .

Finance Minister Ali Allawi said that the aliens (who are registered in the payroll without practicing work or mock names whose salaries are paid by some officials) are taking salaries from the state ranging between 200 thousand and 250 thousand people, while the employees who are part-time are more than that, explaining These two groups constitute 15 to 20% of employees and allocate 20% of the salary budget annually .
On this issue, the member of the Disclosure Committee for Imaginary and Double-Salary Employees in Parliament, Ikhlas al-Dulaimi, says that the Committee asked all independent ministries and agencies to send the names of employees, their job addresses and the size of their salaries, and to disclose the imaginary employees or those who are paid salaries without time, as well as who is an employee in a civil ministry Or a military and receives a salary as a contract from another ministry or a welfare pension and retirement in order to audit it .

Al-Dulaimi expected that the work of her committee would be completed next month, and that a large number of fake and double-salaried employees would be revealed, exceeding 200 thousand people, but she described this procedure very late, for over 17 years the concept of the state was destroyed through employment based on personal and party interests without regard to Country needed .

She added that the new political generation is the one who is in the process of correcting the path of the state and achieving economic reform that includes 70 points imposed by Parliament on the government of Prime Minister Mustafa Al-Kazemi and its implementation within two months, including reforming taxes, collection, border ports and the adoption of e-government .

Regarding the penalties facing fake and double-salaried employees, Al-Dulaimi said that in the event that an employee receives more than one salary, he will be given a choice between one of them, and a portion of his salary will be deducted to return the money he took without the right to the other salary previously, or confiscate part of his money for compensation .
Time to fix it
For his part, the economist, Manaf Al-Sayegh, supported the government's actions to end the file of double salaries and fake employees .

The goldsmith stated that the current government is serious about ending this file, but it will face a major attack by the parties that he considered responsible for this devastation .
He stressed that the financial, economic and health conditions have reached a closed path, so they have no choice but to reform, because Iraq cannot bear more waste of money and resources, noting that the current conditions are appropriate to implement economic reform, especially since the current government has international support from America, the European Union and the Arab countries .

The Foundation for Political Prisoners (founded by the state through a law enacted by Parliament in 2006, and linked to the prime minister, and it addresses the general situation of former political prisoners and compensates them by employing them within the state departments and granting them pension salaries) against salary reform, as she said that this measure will empty the state of energies Fairness, and that the decision not to combine two salaries will not add to the budget anything significant, noting that the Political Prisoners Corporation Law allowed more than one salary to be collected .

For his part, head of the Administrative Consultative Office at Baghdad University, Ali Al-Sudani, said that there are 250 thousand employees and retirees who earn more than a salary or do not maintain, indicating that opening this file is very difficult and therefore the government may back it up after receiving political or popular pressure, considering that the best The government is now resorting to economic reform at the border crossing points, collection and automation .

Al-Sudani pointed out that the current government has witnessed a retreat from some decisions, such as imposing income tax on the salaries of retirees, which sends negative messages that it is unable to reform this thorny file, calling on the government to rely on major consulting companies, as well as the use of internal consulting offices to achieve economic reform, As for working this way, it is not a successful option.
Quoted from Al-Jazeera Net

Page 1 of 1
Permissions in this forum:
You cannot reply to topics in this forum
Who is online?
In total there are 137 users online :: 4 Registered, 0 Hidden and 133 Guests :: 3 Bots

» International support for Iraq is conditional on deterring militias

» A president detonates a surprise: "We have developed a drug that completely eliminates Corona"

»  In numbers ... the indicators of the Iraqi Stock Exchange trading on Monday

»  Iraqi Integrity requests to lift the immunity of a member of Parliament .. for this reason

» 15 billion dinars to pave the main streets in Baghdad

» The Central Bank launches the electronic platform for letters of guarantee

» UNAMI declares its solidarity with the protest movement in Iraq

» Video: Currency counting and sorting machines in the Central Bank of Iraq

» The salary crisis is on its way to being resolved .. Parliamentary Finance reveals consensuses on passing the borrowing law

» Iraqi Oil Minister: We have made advanced steps with international companies

» Iraq .. Determine the expected date for the approval of the fiscal deficit law in preparation for the distribution of salaries - urgent

» Guru RVAlready says If we are waiting for another event, it is certainly later than any plan I have ever heard about

» Footforward says I absolutely believe this is going to happen

» Frank26 says they're about to introduce the new small category notes