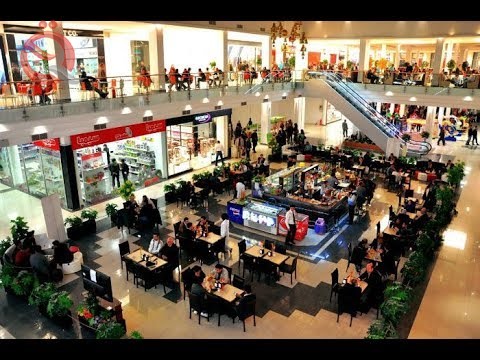 
Baghdad Investment Commission announced, on Saturday, the completion of the project of the first commercial complex in the center of the capital to simulate the central markets and in a modern and developed style.
In a statement reported by the official Al-Sabah newspaper and seen by Al-Iqtisad News, the head of the commission, Shaker Al-Zamili, said that “the commission, within its efforts to support the trade sector and revitalize the economic movement in the country through the private sector, granted an investment license to a local company to establish the first commercial complex in the center of the capital in Al-Khalani area. "
He added that "this project is one of the best commercial projects that were implemented in the capital in the investment style, as it mediates the commercial and vital areas that link the two sides of Karkh and Rusafa and focus the commercial movement, as well as it mimics the central markets in a modern and modern manner."
He pointed out that "it consists of 450 shops and 3 floors, in addition to elevators and a parking space for multi-storey cars with a capacity of 4,000 wheels, in addition to various commercial services that allow small merchants to participate in the complex."
Al-Zamili explained that "the complex underscores its importance that, upon opening, it will eliminate the phenomenon of commercial slums and arrange them in a regular and coordinated way that serves its users and workers alike."
He noted that "the company that carried out it adopted international designs and maps in the establishment of these complexes in a modern and sophisticated manner and in record time to be an ideal destination and a great starting point for commercial work in the region."

Similar topics
»  Baghdad Investment announces the distribution of the second installment of housing units at the Flower Complex
» Baghdad Investment announces the distribution of the first batch of apartments in the complex of the Jewel of the Tigris next month
» Baghdad province in line with commercial bank loans on a plan for investment and payment on credit
» The establishment of the largest commercial complex between Dohuk and Nineveh
» Baghdad investment for «Economy News»: two investment conferences will be held in Baghdad this month

Page 1 of 1
Permissions in this forum:
You cannot reply to topics in this forum
Who is online?
In total there are 44 users online :: 0 Registered, 0 Hidden and 44 Guests :: 4 Bots