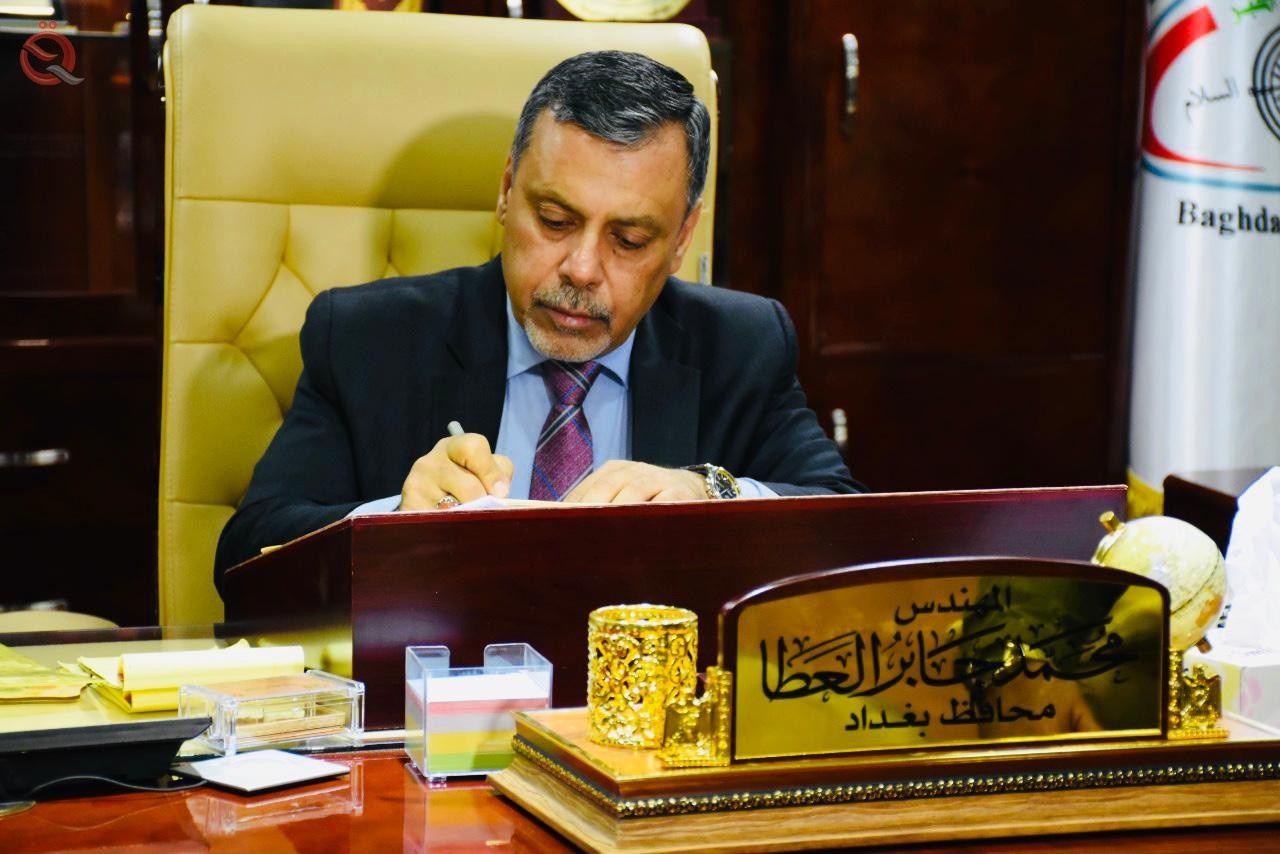 
The Governor of Baghdad, Muhammad Jaber Al-Atta, revealed a plan to advance stalled infrastructure projects.
Al-Atta said in a statement reported by the official news agency "conscious" and seen by "Al-Iqtisad News", that "the governorate has been working to supplement projects accumulated for years with funds, the most important of which is building schools", pointing out that "among those projects 150 schools have been referred 140 of them to work, The rate of completion of some of them reached advanced stages, and they must be completed within 5 months. "
He added that "Baghdad governorate has many other projects such as clothing, water, sewage and building hospitals, some of which have been suspended since 2013 and have gone extinct," stressing that "the province is trying to supplement these projects with money, so that they do not accumulate or disappear."
Al-Atta pointed out that "the governorate currently has four cladding projects in shops in the Yusifiyah area, and other cladding projects in shops in the Al-Husayniyah region, in addition to work projects in the areas of Al-Kiryat, seven al-Bur, seven palaces, the bridge area, Al-Taji, and Al-Tarmiyah," noting that "a laboratory Mahmoudia waste is present, but it needs to be activated and has a capacity of 2 million tons. "
Atta explained that "there are four projects in Baghdad to build hospitals, including a hospital with a capacity of 200 beds in the Fadliya area at a cost of 90 billion dinars, a People's Hospital with a capacity of 200 beds, and a Freedom Hospital with a capacity of 400 beds, in addition to the expansion of Al Numan Hospital with a capacity of ( 75) beds, and the rehabilitation of the martyr Dari Hospital, and (350) beds will enter the service during the next two weeks, "confirming" that there is coordination with the authorities supporting the clinical expansion, and that during the current month, 3000 beds will be added in Baghdad to serve the health sector, in addition to The Baghdad exhibition now includes 500 beds. "
Atta stressed that "the file of the management of private generators is an affair of the ministries of electricity and oil, and not of the province of Baghdad," noting that "the Ministry of Electricity knows about Baghdad's share of electricity and how to supply it, and on the basis of that, it learns how the domestic generators work."
He pointed out that "there are about 13 thousand private generators working in Baghdad," noting that "the province was preparing 2,400 of them for free in 2013 and 2014, and the price of the ampere was then determined at (8000) dinars for the regular line and (12) thousand dinars for the golden line."
Al-Ata expressed his "ambition to meet Prime Minister Mustafa Al-Kazemi to solve the problems," explaining that "the former prime ministers were going to the provinces, and they did not visit the governorate of Baghdad, and that the province had many problems that should be presented to the prime minister in order to solve them."

Similar topics
» PROJECTS: Iraq devises plan to revive stalled projects
» The Minister of Planning discusses with the local government of Baghdad the resumption of stalled and lagging projects and the implementation of a number of new vital projects
» Finance reveal the launch of trillion and one hundred and thirty-four billion for the province of Basra
» The House of Representatives begins the new legislative session next Saturday
» Minister of Planning announces the plan of the ministry to complete the two projects of the army channel and Al-Khansa and a number of vital projects in the province of Baghdad