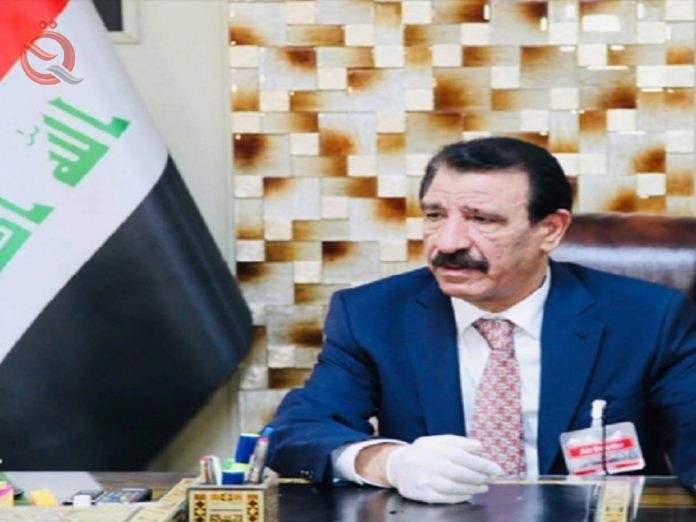 Economy News _ Baghdad
The Minister of Agriculture, Muhammad Karim al-Khafaji, confirmed on Wednesday that the ministry continues in coordination with the Ministry of Water Resources to work on approving an ambitious agricultural plan to achieve national food security, while noting that the Gulf countries are the closest to importing Iraqi products.
Khafaji said in an interview with "Al-Iqtisad News", that "the Gulf countries are the closest to importing our agricultural products from other countries, because agricultural crops will remain fresh, as well as low transportation costs and the desire to buy Iraqi vegetable and animal crops because they are distinct crops."
He added that “one of the most important objectives of the ministry is to encourage the private sector to market agricultural crops in excess of the local need to Arab markets, as well as to stop importing crops and food products, such as eggs and poultry meat, as well as it can encourage the manufacture of agricultural products.”
Noting that “the ministry It is moving towards expanding the process of marketing agricultural crops and exporting the surplus abroad, in addition to supporting the operation of factories, especially canning factories, tomato paste and food industries in general, which are within the private sector laboratories, and the Ministry of Industry is supportive of the re-activity of those factories and their operation in conjunction with the protection of local production In coordination with the two ministries by preventing import. ”
He pointed out that «the development of the agricultural sector, especially vegetable crops; The result of the efforts of the Ministry of Agriculture and its support represented by the provision of subsidized fertilizers and agricultural nylon, and the role of agricultural guidance in spreading the culture of agriculture through greenhouses, as the entirety of these activities contributed to increasing local production », he added, saying:“
The weak marketing process of agricultural crops due to the lack of media Refrigerated transport to transport vegetable crops abroad, which causes a large percentage of them to be damaged, which leads to a loss added to the final costs of the marketed product, so agricultural industrialization and export are among the most important means of maximizing the economic value of these crops.
Regarding the Ministry's plans for exporting and supporting dates; Al-Khafaji indicated that «dates are permanently banned from import, and that the ministry seriously supports specialized companies and associations to carry out its work by manufacturing, pressing and packing dates and upgrading their activities in order to meet the requirements of the local consumer, and for the purpose of export as well, as is the case in relation to the production and marketing of tomato products and products by The private sector and export subsidies are very important, as well as protecting the domestic product by emphasizing import prevention. ”