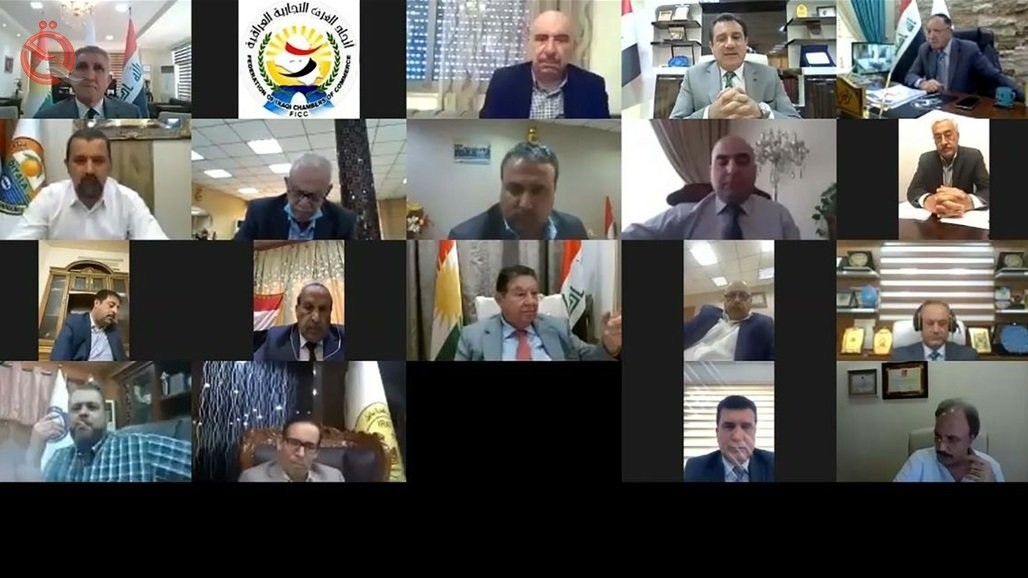 The President of the Federation of Chambers of Commerce Abdul Razzaq Al-Zuhairi called on Monday the government to support the Iraqi market represented by the Iraqi chambers of commerce to advance the economic process forward, while he pointed to the presence of recession and weakness in the cash transactions in the local market.
Al-Zuhairi said during the periodic meeting that is held periodically via the electronic circle “zoom” with the heads of the Iraqi chambers of commerce in 18 governorates that “the Iraqi market needs support and government focus by giving financial loans the form of financial payments to companies to support the financial scarcity in the market and overcoming obstacles to traders.” .

He pointed out, "There is a clear lack of trust between the citizen and the banks. Therefore, there must be cash flow, such as setting up a joint stock company between the people and the government, such as the Al-Faw port or a new national telecommunications company in which the government forms one part and the citizen is another part, and by this we have secured a large amount of money that is possible to withdraw or Rotate it or trade it via K-Cards. "

The head of the chambers of commerce said that "manual cash circulation causes many problems, such as exposure to theft or the weight of a campaign in the cash wallet, and therefore there must be a bank cash card that can enhance the presence of money and ease of campaign by the citizen to withdraw cash from the Iraqi street."