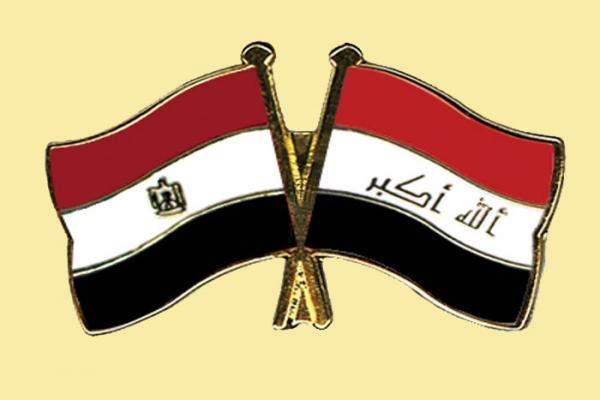 Hala Al-Saeed, Minister of Planning and Economic Development, emphasized Egypt's support to Iraq in the field of statistics, as Egypt has a central agency for statistics and very strong statistical agencies that are not reputable in Egypt but have an international reputation and high-level capabilities for population surveys, labor, income and tunnels surveys and all other surveys. .

Dr. Hala Al-Saeed, Minister of Planning and Economic Development, indicated in her answer to our questions during the meeting conducted by the State Information Service at its headquarters in the Egyptian capital, Cairo.


The press writer Dia Rashwan, head of the State Information Service, attended the head of the Egyptian Journalists Syndicate, Mr. Mohamed Imam, director of the press center of the Authority and a number of foreign journalists accredited to the General Authority For inquiries, it is possible to open cooperation horizons in the field of exchanging experiences between Iraq and Egypt and the participation of the largest number of Iraqi trainees at the National Planning Institute of the Ministry of Planning and Economic Development, as it includes a large group of scientists, experts and consultants who have a long history of planning and statistics science.

The minister said we had a cooperation protocol with the Iraqi Ministry of Planning and contact was made with Dr. Nuri Al-Dulaimi, the former Minister of Planning in this regard, but the current conditions and repercussions of Virus Krona did not take place to hold this protocol.

On what Dr. Hala Al-Saeed, Minister of Planning and Economic Development, indicated with her statement that Egypt has a surplus of electricity and the possibility of supporting Iraq in this field, she said we are pleased that Iraq will participate in matters related to the electricity sector and Egypt's willingness to deepen relations and cooperation in this and other fields.

On the adoption by the Egyptian Ministry of Planning and Economic Development of the principle of community participation last December 2019 through the application (Sharek) and evaluating it for this pioneering experience to benefit from it in Iraq and other Arab countries, Dr. Hala Al-Saeed stressed.

The application (Sharek) seemed to say that the Egyptian countries are towards participatory since the government is not the only actor in the state .. the government is monitored and organized and thus is coordination in every direction and we are very keen on the participation of the private sector and the participation of civil society in accordance with Egypt's 2030 strategy and a large amount of participatory and this The application is one of the electronic applications that we developed for young people who have ideas, proposals and projects that we put their ideas in this application.

Hala Al-Saeed added, “The (Sharek) application has advantages and disadvantages, and we set priorities for projects and sometimes we put proposals. These projects and proposals are in urgent need of study and the work of a feasibility study.


The most important thing in this application is the mechanism to reach the citizen and focus on the application plan at the governorate level and tell the participant. In this application, bring the indicators and data for your province and project and set priorities for it for the coming year.

With regard to medical tourism in the New Valley Governorate for Iraqis, Arabs and foreigners and Egyptians who wish to do so, and that the ministry has developed a plan to transform the new Valley Governorate into a city for medical tourism in the Middle East and we were honored to visit it and indeed it is a very appropriate choice and to enhance this plan and convey a bright picture of the province and this project with a delegation From foreign journalists to visit this province to see its nature, including hot wells and sulfur wells in addition to other aspects of tourism.

Hala Al-Saeed, Minister of Planning and Economic Development, also stressed in her speech during the July meeting of foreign correspondents accredited to the press center of the Egyptian State Information Service that the comprehensive and successful economic reform implemented by Egypt since 2016 enabled the Egyptian economy to withstand the effects and repercussions of the Corona pandemic crisis that led To a more violent global economic crisis than the global crisis in 2008, it is even worse than the Great Depression of 1928.

The Minister of Planning said at the international press conference organized by the State Information Service and attended by journalist Diaa Rashwan, head of the authority, that the country has taken effective financial, economic and monetary measures to confront the crisis; Among them is deferring payment of all dues, reducing the interest rate by 300 points, providing credit facilities, and disbursing funds for irregular employment, and for the first time a database is being built for these groups, which helped to provide financial subsidies to this irregular employment, noting that if this crisis occurred in 2016 when the state could not help them.

The Minister added in the conference, which was attended by a number of foreign correspondents, that the current crisis has affected the movement of supply and demand, and some sectors have been completely paralyzed for several months, such as the tourism and air transport sectors and some industrial sectors, and other sectors that have been partially paralyzed and have been able to deal with it, and it is expected to happen A decrease in the remittances of workers abroad due to the low wages of these workers or dispensing with their services, indicating that the timing of the end of the crisis is unknown, which affected the rate of consumption and the priorities of consumers, and all this led to a decrease in employment rates and an increase in unemployment, not only in Egypt, but Worldwide, 40 million have applied for unemployment benefits in the United States, which is higher than the expected figure of only 25 million.

Al-Saeed said: When the crisis occurred, Egypt had just finished a strong economic reform program that began in 2016 to address the imbalance in the economy, and ended dependence on housing.


In the context of this program, the exchange rate was liberalized and energy subsidies were lifted.

This program ... put Egypt in a better position than it was in 2016, and this is confirmed by the figures. In December 2019, the growth rate was 5.6% while it was 2.3% in 2016, and unemployment rates decreased from 13% in 2016 to 7.5 % In 2019, and inflation in 2016 had reached 33% and decreased to 5% in 2019, as the budget deficit decreased significantly over the past four years .. All of the above gave the ability to companies and institutions to face the current crisis, especially as the Egyptian economy is characterized by its diversification and dependence On a number of sectors and not on one sector.

The minister said that the state invested 40 billion pounds in the information technology sector, which benefited the educational system. All of this contributed to the steadfastness of the Egyptian economy in this crisis, and during the period from January to March 2020, Egypt achieved growth of more than 5%, and all indicators were increasing, and we would have achieved 6% growth had it not been for the outbreak of the current crisis.

The minister pointed out that the economic program that started in 2016 is a long-term plan that is in line with the sustainable goals of the United Nations that includes women and youth, and that women have golden opportunities in this era where 25% of the local and parliamentary councils have been allocated to women.

The minister said that 60% of Egyptians belong to the youth category, and an academy has been established that trains youth to drive, noting that before she took over the ministry she was choosing young people for this training and the geographical distribution and representation of women was taken into account. She said: Today we have assistant ministers and deputy governors of the youth.

Hala Al-Saeed discussed the current state's plan for economic and development and said that it is based on several axes, foremost of which is the continuation of modernizing the infrastructure, as Egypt has suffered from a weak infrastructure, and the state has spent 35 billion dollars to develop the electricity network, and more than 13 new cities and economic regions have been established. Including the Suez Canal region.

Hala Al-Saeed stressed that the state is determined to continue preparations after the Covid 19 crisis, including an increased focus on the green economy, attention to food and self-sufficiency, and health; Emphasizing that reform is a dynamic process, not just a stage.
Finally, she pointed to the importance of encouraging the private sector to participate actively in development in the development efforts that Egypt is witnessing in all fields.