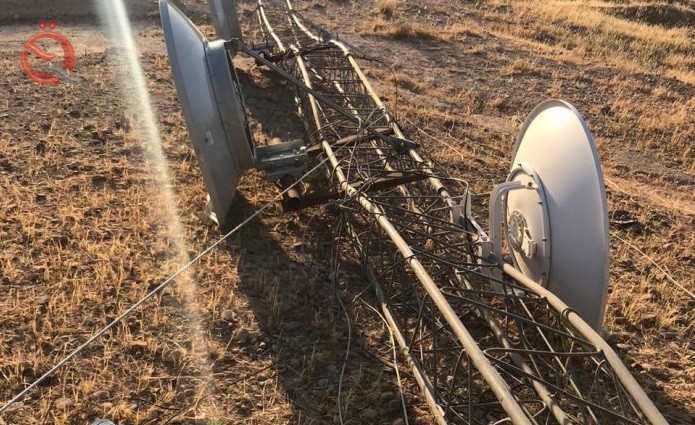 The Director General of the General Company for Communications and Informatics at the Ministry of Communications, Basem Al-Asadi, revealed, on Sunday, that Iraq incurred huge losses estimated at three billion dinars per month due to the smuggling of Internet capacities in Nineveh through the Kurdistan region.
Al-Asadi said in an interview with the official "Al-Sabah" newspaper, which was reviewed by "Al-Iqtisad News", that "the ministry will stop the losses resulting from smuggling Internet capacities in the Nineveh province through the Kurdistan region," noting that "the losses resulting from smuggling were estimated at 3 billion dinars per month within the province Nineveh only, while the ministry continues to estimate losses to smuggle capacities through sites in other provinces.
He added, “The results of the campaign will be clear soon through the quality of services provided to citizens, especially as the ministry replaces irregular smuggling towers with licensed regulatory towers that operate according to the Ministry’s terms and conditions in this regard, as well as introducing compensatory capacities for citizens after the service stops for areas where teams have spread to complete Stages of the first and second shock, "noting that" some governorates started the campaign and cannot be mentioned for security reasons related to the inspection operations carried out by the technical teams and the relevant security authorities and will soon witness the launch of the complementary shock stages.
He stated that the campaign will work in the future to stop the smuggling of the Internet out of the country illegally, and therefore this will lead to providing it internally and organizing the capacities entering Iraq at low competitive prices and with high quality.
The Ministry can control the quality of each company working to market the capacities provided by the ministry to these companies from Through its infrastructure, in addition to the resumption of trauma activities in the areas where smuggling towers were discovered in Nineveh and Diyala provinces, it is possible that smugglers and merchants can return to their illegal activities after that and search campaigns continue until the smuggling of stings is finally eliminated. ”