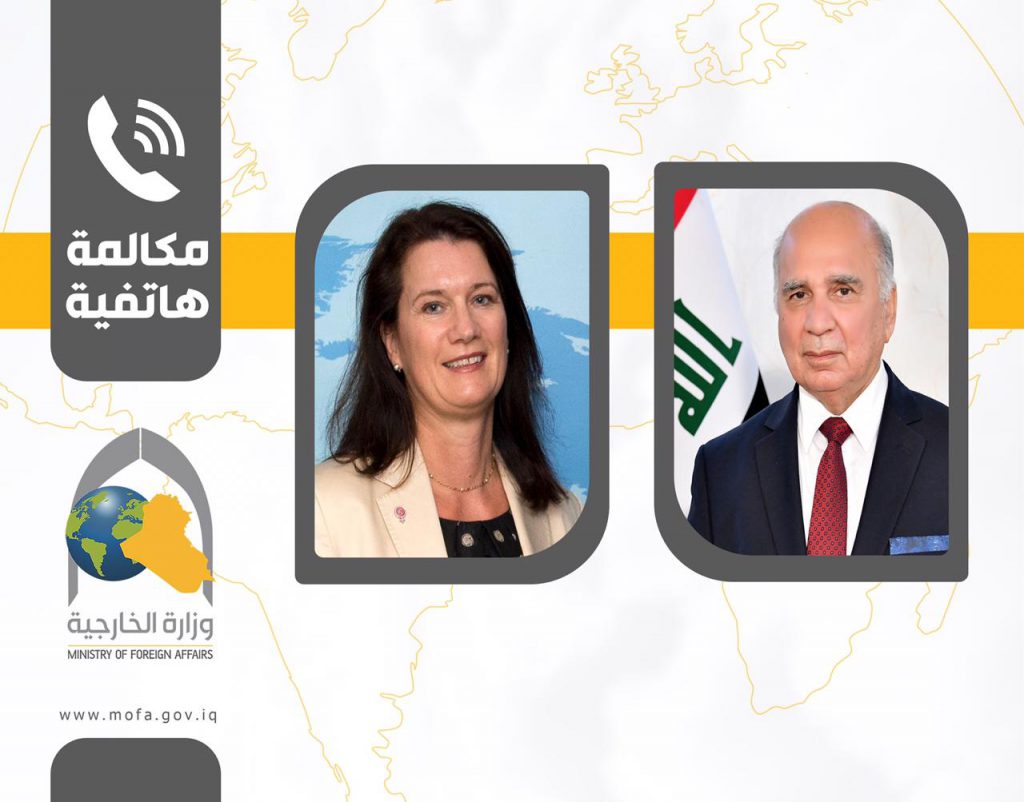 The two sides discussed the necessity of strengthening bilateral relations and upgrading them to meet the aspirations of the two friendly peoples.

He praised Sweden's support to the Iraqi community, the role of Swedish humanitarian organizations in providing relief, and Iraq’s support in facing the ISIS terrorist organization, stressing the importance of continuing support within the international coalition until the elimination of those terrorist groups.

The Minister clarified that the Iraqi government is proceeding with achieving reform and combating corruption, noting that Iraq’s new economic policy will work to be based on diversification of sources and not being satisfied with oil imports.

For its part, the Swedish Minister of Foreign Affairs confirmed her government’s stands on the side of Iraq and its willingness to provide support in all fields, calling for activating the memorandum of understanding signed with the Iraqi government within the framework of activating bilateral cooperation.