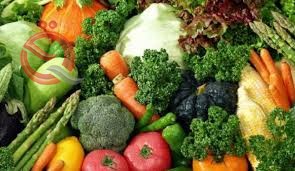 The Ministry of Agriculture confirmed today, Saturday, that the request to export four crops to the UAE has not yet been resolved, while noting that the export of agricultural crops depends on the surplus of the local market and providing food to the citizen.
A spokesman for the Ministry of Agriculture, Hamid Al-Masoudi, said that "one of the merchants submitted a request to the Ministry of Agriculture to export four agricultural products to the UAE," noting that "the ministry has not yet decided on the export decision."
He added that "there are procedures, whether for this demand or other export requests, related to the ability to secure these quantities, which does not affect the local need", indicating that "the export of agricultural products depends on the surplus of the local market, because food security is one of the priorities of the ministry's work, and then export ".
He continued, "The local abundance of agricultural products was evident during the Corona pandemic period, and the agricultural sector fulfilled its obligations, although imported agricultural crops are still entering the country," noting that "the agricultural sector is expected to be an important part of the national economy." During the year 2021 through exports. "
Al-Masoudi pointed out that "the local crop is now available, but the export process is not in the hands of the Ministry of Agriculture, because the ministry's role is to grant approval and authorization only", stressing that "the ministry is ready to agree to export any crop, but only if there is a surplus in its production."
The Minister of Agriculture, Muhammad Karim Jasim, had announced that the UAE would submit an application to import 4 agricultural crops from Iraq, namely, tomatoes, cucumbers, eggplant and cowpea.