The Foreign Minister receives a phone call from his Danish counterpart

The Foreign Minister receives a phone call from his Danish counterpart 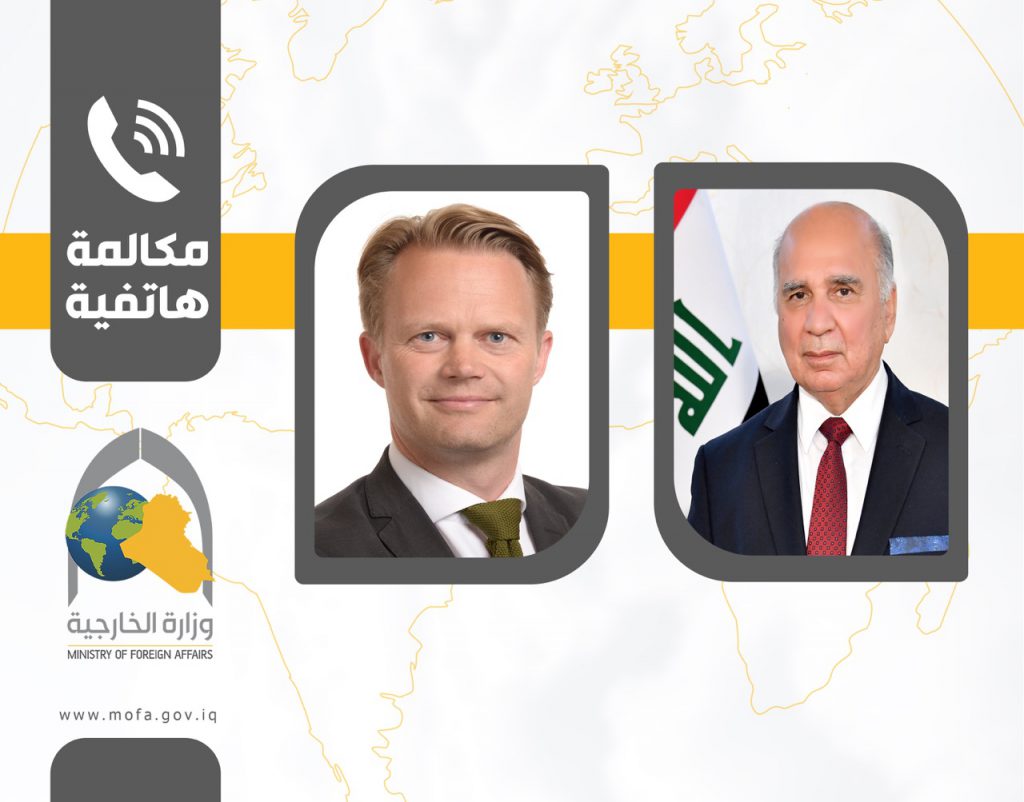 The Minister expressed his thanks to the Danish government for its supportive stances in Iraq in its war against ISIS terrorist gangs, calling for the importance of continuing the support until the elimination of the thought that produced this terrorist gang.

The two sides affirmed the necessity of exchanging visits, discussing the most important common issues on the bilateral level, and activating ways of cooperation in confronting the viral pandemic.

The Minister indicated that Iraq aspires to establish good relations with neighboring countries, and the rest of the countries of the region are based on the principle of preserving sovereignty.

Stressing that the Iraqi government announced that the new policy of Iraq is the conclusion of balanced relations, and does not favor one country over another, especially the Arab Gulf states, and the rest of the neighboring countries, and the region.

He praised NATO support for the Iraqi security forces in training, and the fight against the ISIS terrorist organization.

The two sides touched on the strategic dialogue round between Iraq and the United States of America, and its importance in reorganizing that relationship in a way that is consistent with the common interests.

The Minister called on the Danish side to encourage investment companies and Danish businessmen to invest in Iraq; Because of the fertile and promising investment environment.
He expressed his aspiration to support the Danish government to Iraq in strengthening cooperation with the European Union.