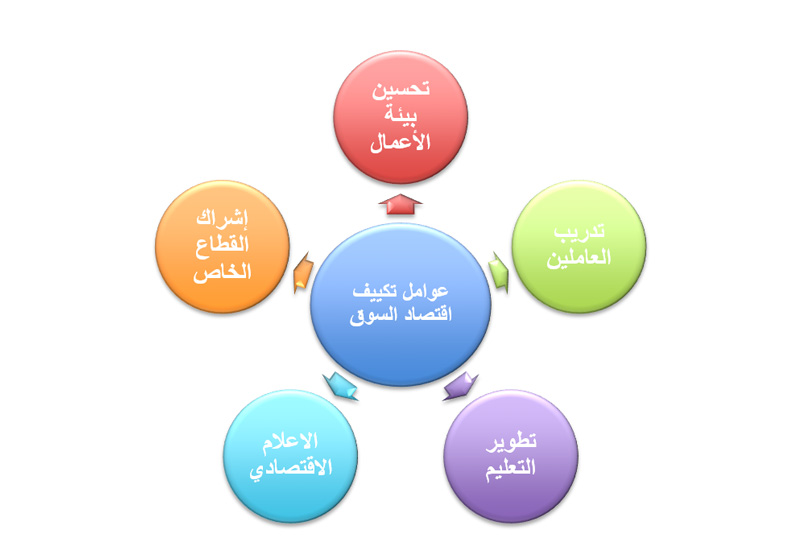 It is known that the Iraqi society grew up under the rule of the one-party system, politically, and the planning system, economically, which resulted in the failure of the transition towards democracy and the market when applied directly, and the issue of adapting them became a very necessary issue.

Where Iraqi society arose and grew up in the shadow of the one-party system, which tightened its iron grip for a long time, which is to muffle mouths, not to object, to express opinions, and society only has to obey and submit to its desire, and a culture of slavery has arisen for the political ruler.

He was also raised in light of the planning system for the state to completely manage the economy, i.e. all economic operations, including ownership, production, distribution, etc., which means the absence of economic independence, the loss of building individual responsibility of members of society, and the emergence of a dependency culture on the state from another side.


Both things, political slavery and economic dependency, are inconsistent with the essence of a market economy that is based on economic freedom, private ownership and competition between producers to ensure lower prices, raise product quality, and increase consumer welfare.

Away from the political side and indicators of its stumbling, as it is left to the specialists, the indicators that explain the stumbling of the transition towards a market economy in Iraq are many and the most prominent of them can be noted in the following:


First: Economic freedom, as economic freedom was not available for the smooth exercise of economic activity by the private sector, in order to deviate the role of the state in the Iraqi economy from the required role in light of adopting the market economy in conjunction with the emergence of emergency events - such as wars, sectarianism, terrorism and affected by international crises - as a result of weakness Efficiency of the political system.


At a time when the state should withdraw from economic activity and at the same time work to overcome the obstacles that stand as an obstacle to the private sector from exercising its economic activity, it has become the main obstacle in its path due to the weakness of the political system and its vision towards the economy on the one hand and the rigidity of the administrative system on the other hand.


Second: Private ownership, where the state still dominates a large proportion of the elements of production, especially land and capital, as the state owns more than 80% of the land and the remaining 20% ​​of it is owned by the people consisting in the greater part of the residential land [1], as well The state owns approximately 60% of the total fixed capital formation, while the private sector owns 40% of it [2].


It also dominates the oil, which is the artery of the Iraqi economy, due to its high contribution to most economic indicators, especially the GDP of 64% in 2017, and approximately 90% of the state's financial revenues, and more than 99% of merchandise exports, and it occupies great importance in the banking system In particular, the Rafidain Bank and the Rashid.


Fourth: The decrease in prices, one of the advantages of applying the market economy is the decrease in prices due to competition between producers, and indeed, inflation in Iraq did not rise, but witnessed a decrease until 4% in 2018, but this decrease was not a real decrease due to competition between producers, but was due to the support represented by The central bank intervened by selling the dollar and buying the dinar through the currency window.


As it is known that the Iraqi production system is characterized by rigidity and did not cover domestic demand, but there is a severe shortage in domestic production if the central bank did not interfere by selling the dollar and buying the dinar, so that inflation would rise to very high levels, and it can be said that the low prices in Iraq is a subsidized decrease and not Real decline, and prices will rise once the support is reduced as well as stops.


Fifth: The quality of products, in light of the proper application of the market economy, will produce high-quality products, because competition makes the prices of homogeneous goods a single price, and in order to increase sales of these goods, producers have to improve the quality of their products, so the consumer gets high-quality goods at low prices, This is not what can be achieved in light of adopting the planning system, as it does not care about the quality of products as much as it is concerned with setting wages and prices, so the products will be of lesser quality.


This is what did not happen in Iraq due to the weak work of the economy and its fragility and even the products imported from abroad are poor quality products in order to neglect the state of the subject of consumer protection on the one hand and the low awareness of the latter of protecting himself with price and quality, and indeed he believes that the best quality commodity is the one whose price increases! This is not consistent with the market economy, which declines the price of products with their high quality by virtue of competition.


The above indicators show that the economic transformation in Iraq stumbled clearly, and the economy did not work properly according to the principles of the market economy that prevailed in most countries of the world at present, but rather stopped work due to the sudden application in conjunction with democracy.

Factors of conditioning the market economy in Iraq

In order to restart the market economy in Iraq and reach the desired goals from it, it is necessary in the beginning to work to adapt it in Iraqi society in order for it to receive it and interact with it, and this conditioning comes through the following:


Second: Training of workers. Working on developing the skills of workers means increasing their productivity, or at the very least, avoiding the costs of training and development that the investor should pay, and this is reflected positively on the profits of the investor. The latter enters the market and stimulates the economy.


Third: Education development, at a time when Iraq announced the shift towards a market economy, education remained in the era of previous regimes and remained underdeveloped and did not proceed in parallel with this transformation. Work on developing education is the beginning of adapting the market economy because education is a factory with its inputs and outputs, so as to improve the factory’s performance Education means improving educational outcomes in a way that is consistent and interacts with the principles of market economy.


Fourth: Economic media, this aspect is very important, as it contributes to making information related to economic affairs available to everyone. On the level of investment opportunities, it makes all investors aware of these opportunities and competes for them according to the principle of equal opportunities without favoring an investor over another, as well as at the level of the consumer that makes it on Knowledge and awareness of commodity prices and their quality, and this makes it more protective.


In sum, the market economy in Iraq cannot be restarted without first adapting it through improving the business environment, training employees, developing education, activating economic media for all previous operations and engaging the private sector in exchange for the gradual withdrawal of the state while continuing the role of supervision to ensure that the market economy does not deviate For the required countries.