FBI Looking Into Claims Ilhan Omar Married Her Own Brother

FBI Looking Into Claims Ilhan Omar Married Her Own Brother

Minnesota Rep. Ilhan Omar has done nothing but degrade and attack the United States from the day she got into politics. 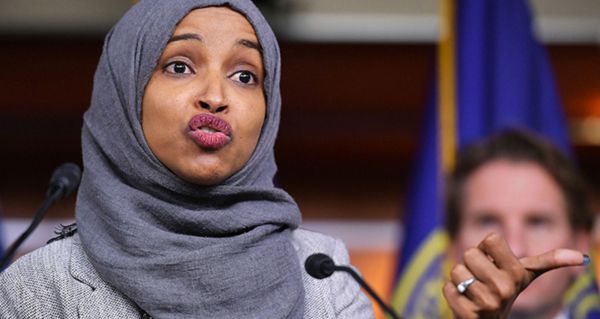 But now there is good news for her. She may not have to stay in this nation that she despises for much longer.


The representative, who is a member of the far-left progressive “Squad” could find herself deported back to her native Somalia now that the FBI is involved.


The FBI is investigating several claims that say that Omar married her brother as a way to circumvent U.S immigration laws and gain entry illegally, the New York Post reported.
The FBI met with someone in Minnesota in October who handed them a plethora of documents about the marriage of Omar and the man alleged to be her brother, Ahmed Nur Said Elmi.


The agents talked to the source about the rumors that Omar married the man in order to obtain a green card and get around immigration laws.


The agents said they would report their findings to the U.S. Immigration and Customs Enforcement and the US Department of Education, but none of the three agencies responded to the Post’s request for comment.


Omar’s office also did not respond to a request for comment but, in the past, she has called the rumors “disgusting lies.”


“As soon as Ilhan Omar married him he started university at her alma mater North Dakota State University where he graduated in 2012,” The Daily Mail reported, citing a report from 2016.


“Shortly thereafter, he moved to Minneapolis where he was living in a public housing complex and was later evicted. He then returned to the United Kingdom where he now lives,” it said.
President Donald Trump once responded to reporters who asked about the rumors when he said, “There’s a lot of talk about the fact that she was married to her brother. I know nothing about it.”