This week there was a post in chat by a member that said that he had heard the same thing about the RV coming in 2006 and several times since.


Well, I have not been around that long, but have been disappointed several  - in fact many times.  My thought when I read that entry was why am I more convinced now that this is ready to happen?  Perhaps, any moment - certainly any day the text will come saying RV'd.


Here is some of the reasoning.


1.  There are many more information sources now than in 2006 and nearly all are saying it is here or practically here.


2.  In these past 5-6 years, there have been many more sources added, allowing for the gathering of the intel.


3.  Shabibi has said that Iraq would do this and has repeated it in one form or another several times.


4.  The press in Iraq is reporting on the accomplishments of the regime.


5.  The oil is now in record or near record amounts and new contracts are being entered into with global corporations to drill more and more and corporations from many industries are clamoring to be part.


6.  The HCL has been completed and published.


7.  The Arbil has been completed and published (at least that is what is reported).


8.  Citibank has invested hundreds of millions or billions in Iraq.


9.  The world economic crisis is critical and the global government are demanding it.


10. The banks are reporting coding and updating activity in unprecedented levels.


12. The G7 has recently said that they are going ahead to make this happen.


13. The Iraqi people have been told that the November payout will be more valuable.


14. Bible prophecy points to Iraq as being a leader in the world - and for that to happen, it must start soon.


15. This may not mean much to some, but there are many praying this thing to a completion.

Your perspective is much appreciated....I always wanted to ask someone like you who has been involved that long what your gut is telling you.......thanks again. 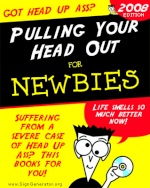 As I looked at this post that is originally from Oct 2011, I couldn't help but wonder..... where are we now, compared to then? 2 Years ago, we were hanging our hats on the same "points of hope" that you see above. Believing that certain things were done and we were almost there. But, Look at the points that are made.... we thought back then that Arbil and HCL were done... but I guess they weren't.... and here we are, we are being told the same thing, that they are NOW done. How do we know? Will we look back 2 years from now and wonder the same thing???? And that monumental CITIBANK information that we are all excited about. That was major news 2 years ago. And we thought the RV was happening then because of that PROGRESS.

Do we see only what we want to see in what we are reading?

Is the light at the end of the tunnel, from these articles today, only a reflection of the HOPE we have?

I have to disagree.  IMO, Iraq has advanced rapidly over the past 18 months.  While we may not quite be there just yet, it is obvious - to me - the country is in a far better state today. Their economy is improving and companies are beginning to invest there.  The war didn't officially end until 2011 and you don't recover from devastation like that over night.  Especially when you factor in all the terrorists, corruption and different political factions trying to take control. Their eclectic grid, water & sewer systems, communications, banking system, schools and commerce was almost non existent.  They are investing billions in rebuilding projects and soon will reach that tipping point where it goes from being a liability to an asset nation.  I am convinced Iraq is an emerging economic power.  You have to get that instant millionaire nonsense out of your heads and look at this as a long term process.  All the talk of a currency RV (which I bought into) that has been going on for the past 10 years was crazy.  How anyone could have expected the currency to rise in value with US troops still patrolling the streets is beyond me.  How could they possibly have done that when they didn't even control their own country?  I think it is happening rapidly, but how or when is just a guess.  Currency is based on the confidence of the nation backing it.  That is why the dollar is still the preferred currency around the globe.  When Iraq pays back all their debts, has a stable government and a growing economy we will see the fruits of our patience.

as fast as you see progress in iraq which is quite true  you will never see all the growth  and improvement with all the wealth they have until m and buddies are gone. they are the biggest stumbling block for success

Page 1 of 1
Permissions in this forum:
You cannot reply to topics in this forum
Who is online?
In total there are 147 users online :: 1 Registered, 0 Hidden and 146 Guests :: 3 Bots