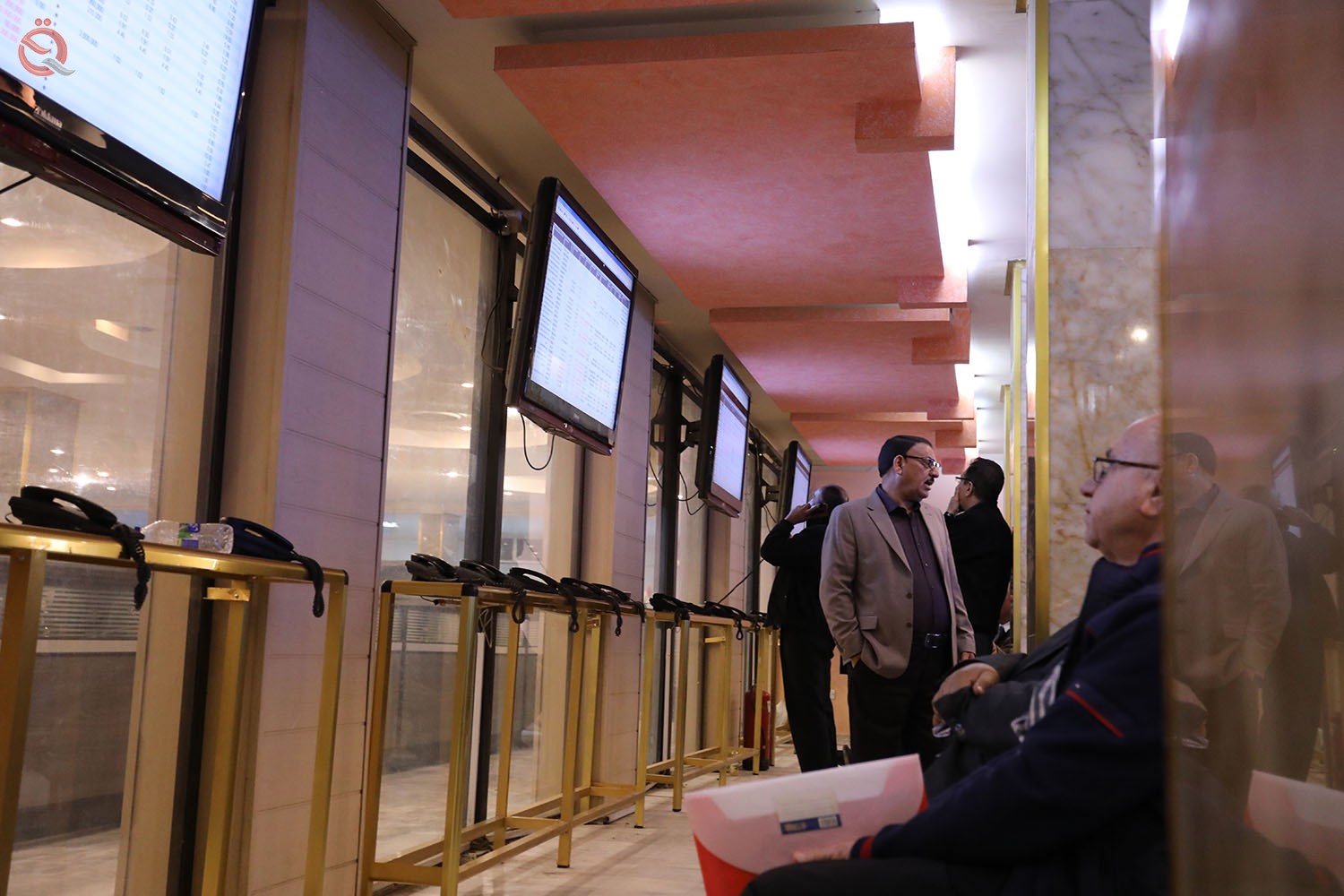 The Iraqi Stock Exchange continued today, Wednesday, its gains in the last session of the current week, as the general index closed up by 0.65% as a result of assurances received by investors from the Iraqi government to facilitate the investment environment by reducing interest rates on loans as well as structuring the financial and investment sectors.
And concluded in the session today, Wednesday, 322 transactions on the shares of 25 companies, as the number of traded shares reached 645.1 million shares, at a value of 593.1 million dinars, and the general index rose to close at 435.26 points.
The Asian Sea share continued its decline for the second day in a row, despite the proximity of the general assembly meeting, as the Stock Exchange decided to stop trading on it on July 5. While shares of United Bank increased by 16.67% after the previous session witnessed large losses for the share.
The shares of 5 companies, the most prominent of which are carpets and furnishings, increased by 5.81%, the Bank of Baghdad by 3.13%, the Al-Mansour Bank by 1.79% and the Baghdad Soft Drinks Company by 1.62%, while the shares of 7 companies, the most prominent losses of which were Mosul for gaming cities, increased by 5%, modern sewing by 4.92% and Mansour Pharmaceutical by 1.54 % The Sudair Hotel by 1.41%.
During today's session, foreign investments jumped to double compared to yesterday’s session, as the purchased shares reached more than 250 million shares, which constitute about 39% of the total traded shares today, at a value of more than 93 million dinars, while investors sold the shares of 3 companies, Baghdad Asia Asia and the National Bank of Iraq, as the total number of sold shares reached 26 million shares, worth 81.9 million dinars.
The stock exchange decided to launch the shares of the International Trust Bank next Sunday after the general assembly meeting and the approval of the final accounts for 2019.

Page 1 of 1
Permissions in this forum:
You cannot reply to topics in this forum
Who is online?
In total there are 118 users online :: 0 Registered, 0 Hidden and 118 Guests :: 3 Bots