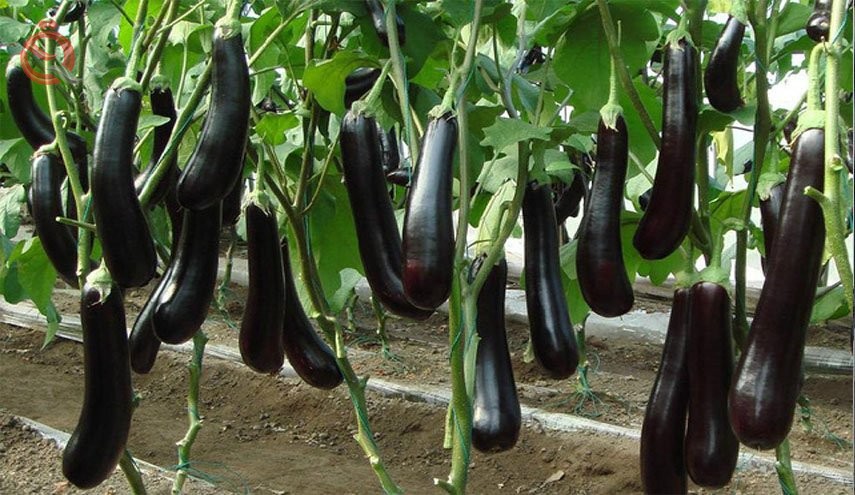 The Iraqi Ministry of Agriculture issued, on Tuesday, a package of instructions determining the banned animal and vegetable products, including the requirements for plant and animal production, as well as preventing the movement of strategic crops from the Kurdistan Region of Iraq to the rest of the provinces for any reason.
The ministry’s spokesman, Hamid Al-Nayef, said in a statement received by “Al-Iqtisad News,” that the first package of instructions included many plant and animal materials prohibited from import in addition to wheat and barley crops, namely (cucumber, sorghum, eggplant, al-Hanana, cauliflower, carrots, al-Nabq , Potatoes, lettuce, garlic, trees, pepper, dates, table eggs, live chicken, whole slaughtered chicken, tomatoes, rape, beetroot, honey, frozen marine fish, chilled and frozen river fish, date molasses, grape, watermelon, green beans) ".
He added that "the list of prohibiting the import of animal production requirements included (Canadian meat, ornamental fish, predators, hawks-birds of prey, wheat buckwheat, fodder barley, fodder corn, animal protein, whole frozen chicken, pork, live animals such as Slaughter calves or early cows, poultry and birds from countries affected by bird flu, animals covered by the CITES agreement, green fodders such as jet, clover, etc., hay).
He continued that "The Ministry has identified materials and supplies for plant production prohibited from import which include (cotton plant in all its parts, palm seedlings and all parts of the palm and its products, Washingtonia palm and its parts and products, henna plant and its parts, the jet plant in all its parts, grapes in all its parts and fruits, fruits and seedlings of mango - the grape - and guava The cream, coconut plant and its parts, fibers and fruits containing the foreskin i.e. the outer shell, olive seedlings and any part thereof, bee honey with wax tablets, parcels and bee queens, plant materials such as straw and coated allies, as well as imported consignments, whether agricultural or non-agricultural in addition to sugar cane , Streica plant - harp and seeds, living insects in all phases except parasites and predators - fungi and bacteria harmful to plants, soil suitable for cultivation as well as containing organic materials, all kinds of hypex plants, seals rose plants - marshmallows, seedlings and seeds, buds and leavesPoppy, khat, datura, seedlings, fruits, seeds, buds, and leaves of the Nile grass, honeyed tobacco, unfilled oriental tobacco - elephants, Iranian apples, all citrus varieties and their branches except fruits, cigarettes that do not carry a warning in Arabic, used furniture, monomium nitrate.
The statement stressed "tightening procedures to prevent the entry of strategic crops from wheat, barley, and fodder corn crops from the Kurdistan region to the rest of the provinces for whatever purpose, and to prevent the movement of agricultural crops mentioned between other governorates for any reason, as well as to prevent entry of the mentioned crops imported for the private sector during Seasonal marketing periods in order to protect the local product and prevent the entry of contraband crops, with the exception of wheat and barley crops, for the account of the ministry’s formations, provided that they are in official books.
The statement pointed out that "it was allowed to transfer feed for locally produced poultry exclusively between all governorates except for the Kurdistan region, provided that the load is in the form of an integrated feed, and that the feed loads are reinforced by official books and according to the instructions in force."
The statement called on "all security agencies, border crossing points, organized crime department, customs, operations leaders and government control to tighten procedures and commitment to implement these packages of instructions in order to protect the local product and encourage the local agricultural, industrial and commercial product to reach complete self-sufficiency in order to secure the pillars of food security for citizens, As well as the contribution of agricultural production to the country's national economic production. "

Page 1 of 1
Permissions in this forum:
You cannot reply to topics in this forum
Who is online?
In total there are 109 users online :: 1 Registered, 0 Hidden and 108 Guests :: 3 Bots