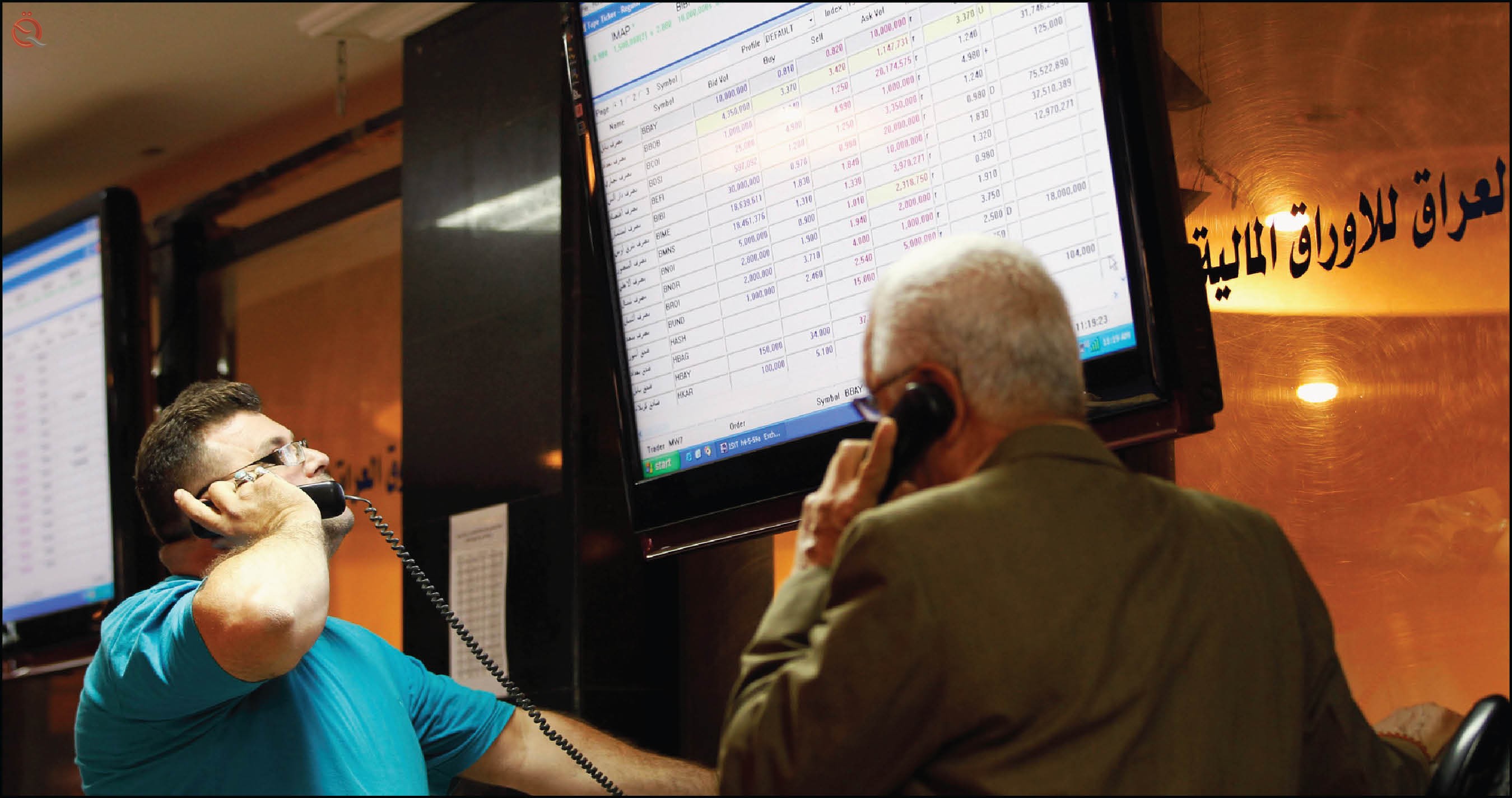 The main index closed on the Iraqi Stock Exchange, up by 0.37%, after assurances received by investors that a solution to the Corona virus will be found and the Iraqi government's intention to launch reform packages for the public sector and support private sector companies by facilitating the investment environment.
Today, the Iraqi Stock Exchange concluded 398 transactions on the shares of 25 companies, as the traded value reached 774.5 million dinars, while the traded shares were 711.9 million shares, and the general index rose to 432.43 points.
The shares of 7 companies, most notably the Baghdad Hotel, gained 3.95%, Baghdad for soft drinks increased by 3.78%, and the credit bank increased by 2.63%, while the shares of 6 companies achieved losses, including the United Bank increased by 14.29%, the Sumer Commercial Bank increased by 4.55%, and Asiacell increased by 1.54%.
Foreign investors bought 113.6 million shares, at a value of 64.4 million dinars, in the formal and secondary markets, specifically on the shares of banking and industry companies, while they sold the shares of two sectors, the industry and telecommunications, at a value of 45.1 million dinars.
Today’s session witnessed the launch of trading on the shares of Middle East Fish Company after the General Assembly’s decision to ratify the final accounts and extinguish 50% of the realized deficit by using the amount of 87.1 million dinars from the accumulated surplus reserve.