Fattouh spoke during his presidency of an electronic dialogue seminar entitled: “How to deal with Caesar’s law by banks and financial institutions” organized by the International Union of Arab Bankers, and attended by about 200 participants and each of them: Dr. Antoine Sfeir, an expert in international law, Dr. Ali Zbib expert Legal in economic affairs, and Mr. Omar Al-Entabli, Compliance Manager, Faisal Islamic Bank of Egypt from the Arab Republic of Egypt. 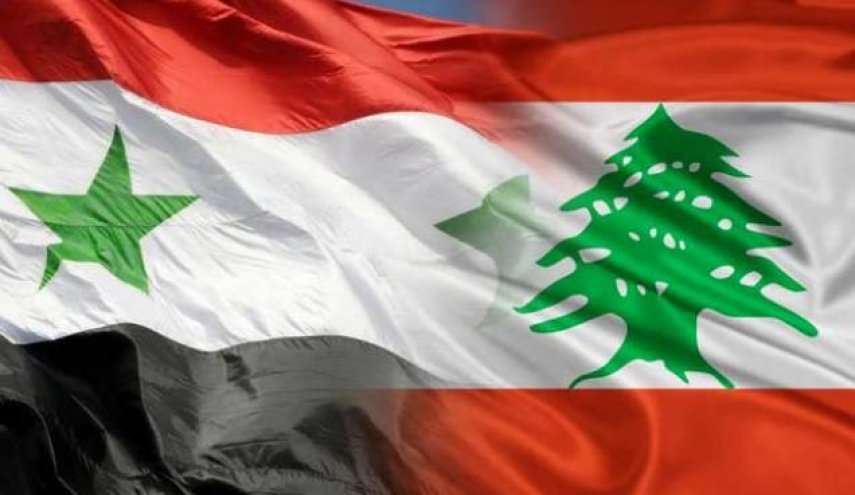 The link between Lebanon and Syria makes political, economic and financial, and the absence of borders drawn between the two countries, it is difficult to estimate the size of trade and financial exchanges between them, and it is certain that this relationship is solid or not.

Syrians have billions of deposits in Lebanese banks. Today, these deposits with the Syrian state are subject to new sanctions with the "Caesar Law", which came into effect on the seventeenth of this month. As a reminder, as stated in the law, Syrian civilians must be protected and the Bashar al-Assad government punished for the atrocities it committed (always according to law).

As for the timing, it is very accurate, especially since the government asked the International Monetary Fund for a multi-billion dollar aid package, so the situation must be rectified and understood the implications of US law at this particular time in Lebanon's history. The simplest thing here is that Lebanon will not receive aid from the International Monetary Fund and the international community and donor institutions, unless it begins to cut its military and commercial ties with the Assad regime, which is very accurate, especially since Hezbollah is closely linked to Syria, and it helped at the sight of The international community and loudly the Assad regime, which relied heavily on fighters and resources from Lebanon, which makes the "Caesar Law" apply not only to Syria but also to a large group that cannot be separated from the Lebanese fabric. It may be difficult to punish it without punishing the whole of Lebanon. Therefore, caution must be exercised, since the "Caesar's Law", and in many of its provisions apply to Lebanon and Syria.

The “Caesar’s Law” constitutes a clear threat to Lebanon, and a way to urge the Lebanese to realize that distancing oneself and moving away from the axis of resistance, and in order to prevent a complete economic collapse, is a prerequisite for obtaining international aid - this matter has become clear - since there is no way to save Lebanon from collapse. The whole matter is only through negotiations with the International Monetary Fund, which will open the door for foreign funds to Lebanon. But all of this is conditional on serious and comprehensive reforms, not selective and on certain sectors, and for political reasons everyone knows it.

The "Caesar Law", which mainly targets Syria, can be summarized in the following points:

1- The sanctions imposed under the “Caesar’s Law” are not intended to offend the Syrian people, but rather to encourage the Assad regime to be held accountable for what happened in Syria, and this is a clear signal not to engage in business with this regime.

2- Sanctions on those who try to deal with the regime in terms of the reconstruction of Syria.

3- Meeting the requests of the Syrian people to reach a permanent political solution to the Syrian conflict, in line with Security Council Resolution 2254

4- Finding a peaceful settlement to the decade-old conflict or facing more sanctions.

5- Mandatory sanctions are imposed on everyone who facilitates the purchase of goods, services and technologies that support the Syrian military regime, including aviation and oil production.

This particular item is considered to be very accurate, especially since Lebanon has for a long time considered that Syria is the only gateway to it in the region. Therefore, if Lebanon gives up Syria to enforce American law, this will reflect negatively on Lebanon and Syria, and Lebanon will be the loser of its usual resource of electricity which It needs it to meet domestic demand, as well as trade in basic goods and services, and we may face disaster if it stops.

As a first step, and in theory at least, the “Caesar’s Law” will limit the smuggling of diesel and wheat subsidized from Lebanon to the Syrian territories, and demarcation and control of the borders, are the only way to stop the waste. With this government, and in light of the close relations between the allies of Syria and Lebanon, this process will not stop, knowing that it is an important step in the rescue, but will anyone dare cut the Assad's artery in Lebanon? Also, it is necessary to consider financially and the depletion of the dollar in the Lebanese market due to its smuggling to Syria in order to support the Syrian pound, which will lead to the depletion of the dollar stock in the Lebanese Central and direct it towards Syria, which means the final and final loss of the dollar in Lebanon, which will make its price Very high without adequate reserves in the central bank for the whole.

Here, it is necessary to return to the dialogue table and hold discussions with the International Monetary Fund, which will clearly demand the cessation of subsidies, the setting of borders, the cessation of smuggling and the privatization of the electricity sector, which is still draining the state and causing debt to accumulate at this pace. Street protests, and a focus on holding the governor of the central bank accountable may have helped deflect anger from Hassan Diab, who, despite his construction ability, has so far been unable to make any achievement. And his latest speech may be echoed in the desert, as he is unable to fight corruption or block waste gaps and deals in Lebanon, knowing that the "Caesar Law" may help any prime minister in seeking, with the support of the international community, to brake the collapse and reach a point of no return.

The “Caesar’s Law” is a double-edged sword, and it will negatively affect Lebanon by virtue of the historical relationship with Syria, but it may be the only remedy in the face of this state of collapse. Finally, what is certain is that Lebanon has its characteristics, and the Lebanese are not ready to enter the axis of resistance, which is suicide itself.