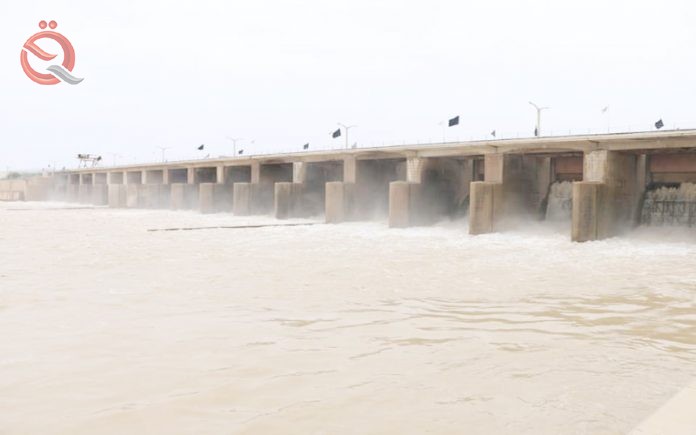 On Sunday, the Committee on Agriculture, Water and Parliament announced that Iraq had enough water storage for two years, while it revealed its intention to form an official delegation to negotiate with the Turkish side and secure Iraq’s water share.
The head of the committee, Salam Al-Shammari, said in a statement seen by "Al-Iqtisad News", "The water file is one of the most important files, and we have previously called on former Prime Minister Adel Abdul-Mahdi to form a high-level delegation, and give this file greater importance and resolve it as soon as possible to proceed to secure the Iraq quota." , But this file has been neglected the same as the rest of the files. ”
The current Prime Minister, Mustafa Al-Kazemi, called for the formation of a high-level delegation, a committee from the Ministry of Water Resources, and experts in this field, in addition to the agriculture committee in the council to negotiate with the Turkish side and resolve the water file and secure Iraq’s share, especially after adding the marshes to the World Heritage List, which obliges countries The riparian with Iraq of the need to provide it with a fixed amount of water to ensure the preservation of that environment.
Al-Shammari pointed out that “the presence of water storage that can feed Iraq for a period of two years does not prevent negotiations with the Turkish side and that there is a fixed entitlement to the water that reaches the country.” Noting that “the Turkish President’s envoy had previously visited Iraq and met the presidents and ministers And the Parliamentary Agriculture Committee and the Ministry of Water Resources to develop a mechanism and modern techniques to rationalize water.
The Chairman of the Committee added that, “The former Minister of Resources worked according to this plan by publishing modern techniques for drip irrigation and the construction of dams, so that Iraq will see a noticeable improvement in this sector during the coming years. More than 10 million acres to reach Iraq to the stage of self-sufficiency for strategic crops, the most important of which is wheat and barley, and has become a source of it.

Page 1 of 1
Permissions in this forum:
You cannot reply to topics in this forum
Who is online?
In total there are 168 users online :: 4 Registered, 0 Hidden and 164 Guests :: 2 Bots