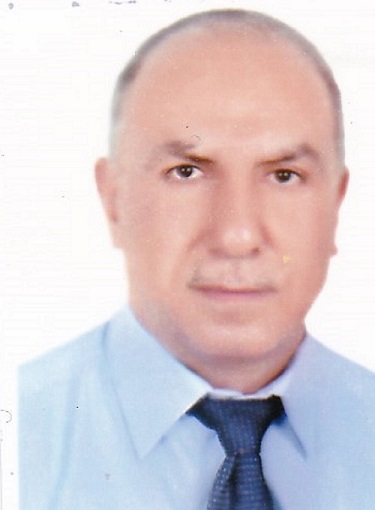 The financial crises that the Iraqi economy has been subjected to for many years are successive and we insist, with all pride, on adopting the same solutions or rather the solutions represented in reducing expenditures. What is meant here, of course, is the reduction of salaries, wages and other social expenses, and not to prejudice the exchange rate as a sacred matter, and insist on relying on oil As the only knight for the Iraqi economy.As for the repercussions of the crisis and its economic and social effects, including high unemployment rates, especially among young graduates, increased poverty rates, widening disparities in income distribution, declining services in all their forms and declining rates of economic growth and many others, this is something that in the opinion of some is not important as long as it does not touch the owners of large thrones, especially And that others will pay the price, whether poor people of the current generation or who will suffer from the children of future generations, rejecting all slogans of sustainable development that we praise in our economic and social literature as the right of the current generation and guaranteeing the rights of future generations to a decent life.

Insisting on a very excessive exchange rate in its value of the Iraqi dinar against the dollar despite the decline in oil revenues and the significant shortage of revenues from hard currency, is considered in the eyes of the owners of globalization and openness a supportive victory as long as it serves the continued imports from many countries in the global dependency system, while Iraq preserves brilliantly On his marginal role in this system and meets the requests of external countries from oil and imports from them all the goods and services he needs as a conservative and a fierce advocate of trade freedom and economic liberalism, while we find that the owners of these theories prepared for leaving and returning again to trade protectionism as a guarantee to lead the world economically And commercially. There is no doubt that we will witness in the near future the emergence of new theories and theories in the West adopting a new economic approach to achieving economic development whose main element is (trade protection). Of course, we will repeat these ideas behind them and call for their implementation, but it is too late.

In continuation of the discreet policy regarding the exchange rate and to tighten the dependency and openness collar, we continue with full force to spend on the oil and electricity sectors without regard to the economic viability of this spending, as these two sectors account for more than 50% of the investment spending in the state budget, knowing that most of the economic benefit accrued from This spending goes outside Iraq because of the weak links of these sectors with the local economy. This is repeated with other sectors and many projects that fall into the investment budget without passing the required technical standards.

Some firmly believe that tackling the financial crisis and getting out of it is only through reducing the burdens of the government, foremost of which are salaries, wages and amounts of support in all its forms, foremost of which is the support of foodstuffs, fuel, social welfare and other forms of support, and the theoretical justification for all of this is the liberalization of prices and achieving a balance between supply and demand .They are in this case not talking about support for the exchange rate or interest rate support that has become overrated and turned into a hindrance to development and a hole to drain low-income people from state employees and the poor classes, or not to consider tax and customs exemptions, free services, real estate, cars, protections, diplomatic expenses and many others that have It has some limited groups in society, but its financial cost in the budget is very high, knowing that many of these and other cases are passed by some preachers of the sultans in the state departments through instructions for implementing government contracts or instructions for implementing the state's general budget and perhaps sometimes without the knowledge of the government The same one that certifies some instructions without real review of them.

The aggravation of the budget deficit and weak financing must not be borne by the weaker layers of society. Rather, there must be a serious stance to stimulate domestic production at any level to reduce and reduce imports from abroad that are now draining the state's financial resources tremendously, but has reached the level of external borrowing in order to bridge the balance deficit. Trade in the balance of payments and to bridge the major commodity shortages that the country suffers from. It also requires working to put an end to the continuous deterioration in the misallocation of income and the increasing disparity in income distribution as a result of excessive government policies in granting concessions to specific individuals and groups and perhaps even anti-government groups themselves, which opened the way for the emergence of consumption patterns that are not related to society in light of Globalization and openness that burden the local economy with burdens that it cannot bear.

Facing the current complex crisis requires, starting with a solution to the problem of the relationship between spending policy and income distribution and social justice, which has been largely neglected in previous years, especially with regard to reforming the health and education sectors, addressing the problem of employment and unemployment, job-generated growth, poverty eradication and many other issues of social and economic dimension . Achieving human capital development is not only a major goal of economic development, but is a prerequisite for achieving comprehensive sustainable development. Therefore, employment-based growth must be treated specially and prioritized in any comprehensive development plan.

Most of the policies to address deficits in the public budget have been used to reduce social expenditures and wages as the easiest solution that can be used without regard to the consequences of this and its impact on social and economic stability, so attention was focused on reducing inflation without taking into account the impact of this on unemployment rates, economic activity and production, The cost of this matter was very high, perhaps the cost of hundreds of billions of dollars without anyone paying any attention to it.Leaving the banks to impose high interest rates and the monetary authorities not interfering in determining it has aborted many development projects that are running for the workforce, given that the high interest rate may help to mobilize domestic savings and provide adequate financing for investments, but in reality this did not happen, but rather resulted in a class Parasite benefited widely at the expense of the simple citizen and at the expense of small projects that are unable to coexist with the high cost of financing, which helped to widen the disparity between groups of society and abort the investment movement and establish projects that contribute to raising the level of employment and use, especially among young people and new graduates.

Maintaining living standards and reducing income inequality is crucial for any economic development policy that seeks to achieve real growth rates, and this is what imposes on oil states, especially, as in the case of Iraq, more measures to ensure fairness in the distribution of oil revenues across generations through Reducing the difference between the actual non-oil primary balance and the balance that is consistent with the expected level of income from oil revenues, which helps to maintain debt sustainability and intergenerational equity.

Lifting people out of poverty and increasing their ability to spend helps to raise rates of growth, and facts have proven that countries that prioritized spending on education, health, and social safety nets achieved higher growth and greater equity in income distribution and this is the goal of development.

The financial crisis and the deficit that the public budget in Iraq currently suffers from was not a direct result of the volume of social spending, but rather is a result of a method of spending and revenue, both of which suffer from many negatives and in need of comprehensive reforms, as many aspects of spending are directed towards non-productive activities, and that revenue suffers From many losses that need greater control and control, a large part of the current economic problems is related to the inability of local production to meet local demand and resort to imports to meet that demand, especially with regard to the import of food, medicine and other requirements, and therefore an important part of the payroll, wages and support policy came A reflection of the poor distribution of income, which has remarkably increased in recent years, and the inability of financial policy to deduct the appropriate amount of income from the parasites and corrupt whose wealth accumulated during a very short period at the expense of the middle and small groups in society, and thus the burden is placed orThe solution only for the low-income and poor of society will not be the ideal solution to the existing problems, but rather a risky step that should be avoided.

In conclusion, I cannot help but extend my sincere thanks and appreciation to the editor-in-chief, Bariq Shbar, for his dedication and dedication to supporting Iraqi economists and to all members of the editorial board and to the network's website for their sincere efforts to support Iraqi talents in the interest of the Iraqi economy and we ask God to protect everyone in it The best of our dear country.

Copyright reserved for the Iraqi Economist Network. Republishing is permitted provided the source is indicated. June 19, 2020

Dr.. Aladdin Jaafar
[size=14]Director General of the Department of Economic Studies and Research at the Ministry of Planning