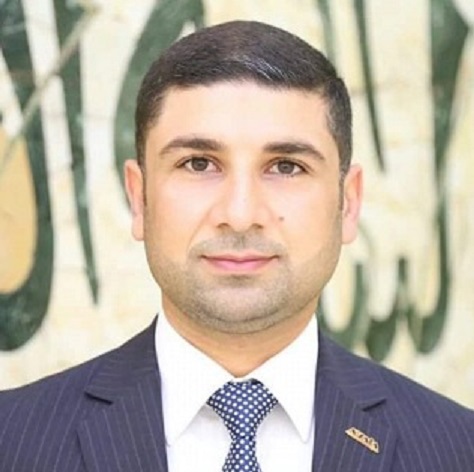 There is no denying one of the legacies left by previous governments at all levels, including the economic side. Since the year 2003, the economic repercussions resulting from the weakness and corruption of the Iraqi governments have accumulated in managing the oil wealth in a way that suits the revenues achieved and the aspirations of the members of society to live in dignity, justice, welfare and enjoy the abundant country’s wealth. Mustafa Al-Kazemi's government was born in exceptional circumstances in need of unconventional policies to face the three-dimensional crisis (popular protests, Corona virus, declining oil prices). The decline in oil revenues has also made it more difficult to manage the health crisis and surround the economic repercussions of the quarantine, and the resulting almost complete cessation of business and economic, financial and living pressure for the poor and fragile classes in Iraq.
With the scarcity of financial options available to a country dependent on oil with more than (90%) to finance the general budget, and does not have a sovereign fund or financial reserves capable of absorbing shocks, the new government had to start programs to reform and control public expenditures with high efforts to maximize non-oil revenues . In this context, the cabinet discussed in the beginning of June a package of financial reforms entitled "Discussing financial matters and realigning the priorities of financing budget items", and the most important of what was stated in the published report:

Despite the absence of many financial steps required, especially at the level of maximizing non-oil revenues, the government's efforts to reduce semi-rigid expenditures and protected from political blocs and parties is a long step towards breaking the deadlock that has hindered reform efforts and policies in Iraq since 2003.
The government's success in seeking financial reform requires attention to a number of questions to reinforce the reform steps mentioned above, including:

The observations received do not underestimate the government's endeavors to sustain the momentum of government funding for salaries with minimum levels and to deviate to the aid of fragile classes in Iraqi society, which were trapped by urban measures on the one hand and weak economic activity on the other. It must also be emphasized that the reforms should be comprehensive and not fragmented, as happened in previous years, so it is neither reasonable nor acceptable for staff salaries to be cut and corruption holes to swallow government treasury funds as well as for leakage of revenue from customs outlets without supervision or accountability into the pockets of political parties and mafias in Iraq, It is also unfair to apply austerity measures and reduce salaries and raise fees and taxes against the central and southern governorates, while the Kurdistan region refrains from submitting to the same government procedures on the pretext of independence and sovereignty of the region, with all financial dues received without handing one barrel of oil to the federal government for many years.
Controversy over borrowing to finance the fiscal deficit
For many years, the political auctions have framed the nature of the debate between the Federal Government and the House of Representatives on the pretext of observing supreme national interests, defending citizen rights and law enforcement. Therefore, the volatile political positions cannot be relied upon in reading the economic and financial issues of the country. The difficulty of the current financial crisis is a reality imposed by the numbers, in a country that is exposed to oil in financing the budget by more than (90%). The decline in prices and oil revenues to more than (75%) constitutes a severe financial shock, especially with the fundamentals of current spending not less than (7) trillion dinars, according to the recent statements of the Minister of Finance, and oil boat revenues (2.5) trillion dinars for the past month of May, which covers Barely a third of current government expenditures.
In the context of government endeavors to coexist with the collapse of oil prices and continue to finance current expenditures, and salaries in particular, the Council of Ministers sent a draft of the domestic and external borrowing law to finance the fiscal deficit for the year 2020 to the House of Representatives for the purpose of approval. The draft of the draft law on local and external borrowing consists of two articles. The first stipulates that the Minister of Finance is empowered to borrow locally and abroad through the issuance of treasury transfers and local bonds, as well as borrowing from financial institutions and foreign banks to finance the expenditures approved by the Council of Ministers. Fiscal year 2020, or until the Federal Budget Law is passed. After the first and second reading of the aforementioned bill, the House of Representatives postponed the vote on it in line with the opinion of the Finance Committee regarding the passage of the bill, providing that it includes the amounts to be borrowed, the timing of payments, the beneficiaries, and the amount of interest.
Despite the depth of the current financial crisis and the difficulty of options available to finance the government deficit, resorting to borrowing should be the last option after bold policies to control spending and maximize non-oil revenues, and taking into account the following:

Short term policies:
The government is likely to fail to undertake urgent financial reform due to conflicts of interest, weak cohesion and coordination between the government and the House of Representatives in issues that have been subject to bargaining, bidding and extortion for years, which obliges the government to find urgent funding sources to sustain the momentum of economic activity in Iraq.
The fall in the value of oil exports means a bilateral deficit in the balance of payments, foreign affairs, and the general budget. And that the first deficit is the most serious, but it is manageable as long as the central bank has reserves: gold, foreign currency, and highly liquid foreign investments of over sixty billion dollars in late May, May of 2020. Thus, the difference between the foreign currency required from the private sector to finance its imports and other payments and what the Ministry of Finance transfers to the central bank in the value of oil exports can be closed. That is, the government is looking at oil revenues from foreign currency, adding to it possible flows from existing and new external loans, and deducting from this total the requirements of its imports and payments of its external obligations, and transferring the rest, which is few to the central bank, and the central bank adds to this amount of its aforementioned reserves to respond The private sector demand for foreign currency. The government began its attempts to obtain loans from abroad, and the more withdrawals on foreign loans, the more the Ministry of Finance sold foreign currency to the central bank and helped reduce the depletion rates of its aforementioned reserves. However, borrowing from abroad means adding new burdens to oil resources in the near future. The integrity of the economy depends on the possibility of continuing this basic process in managing the current crisis, regardless of the official circles ’understanding of the dimensions of the deficit and the confusing interpretation of borrowing from abroad“ oil resources are not enough for tunnels and we borrow from abroad to bridge the difference. ”
As for the parallel wages that address the second deficit, they are represented in the provision of financing in Iraqi dinars for internal expenditures: salaries, etc., and the value of commodity and service purchases for government operational expenditures, and very few payments for investment projects under implementation. What are the sources of financing the tunnels in Iraqi dinars: The first source is the value of the Ministry of Finance's sales of foreign currency to the central bank, and when the oil resource recedes, receipts from this source decrease a lot; The second source is revenues other than crude oil, taxes, fees and a share of the profits of government economic establishments, sales of government assets and properties, etc. The third source is internal loans, mostly from the banking system, and the central bank has the main role in facilitating them. These are the elements and mechanisms of crisis management in 2020, simple and do not bear the intimidation and ambiguity.
Government balances in the national and foreign currency are distributed over several bank accounts, and the efficiency of the administration requires a robust system to control it first hand. And at the end of the working day, throughout the year, the government has a balance in Iraqi dinars in the national banking system; And foreign currency balance in the US Federal Reserve and the national banking system. During the next business day, these balances are adjusted by internal and external flows, then new balances ... and so on .[1]) .
(*) Professor of Economics at the University of Karbala
Copyright reserved for the Iraqi Economist Network. Republishing is permitted provided that the source is indicated. June 20, 2020
To download the article as a PDF, click on the following link
Dr.. Haider Hussain Al Tohmeh - a vision for financing the federal budget in Iraq