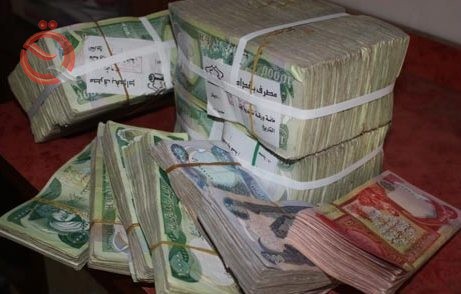 The head of the Iranian-Iraqi Chamber of Commerce Yahya Al-Ishaq announced that, according to a bilateral understanding, Baghdad will pay Tehran’s dues in the Iraqi dinar.
Al-Ishaq said that the two sides agreed to pay Tehran’s dues in various currencies, especially the dinar, and that the Iraqi side expressed full preparedness in this aspect.
He pointed out that Iran's exports to this neighboring country ranged between 8 to 12 billion dollars annually, part of which belongs to the Ministry of Energy, and although oil makes up the majority of Iraqi exports and is denominated in dollars, America has imposed restrictions on Iraq with regard to dollar transfers.
The Ishaq family, however, added that the Iraqi dinar is not among the international currencies that can be bought anywhere, in exchange, foreign currency must be provided for Iran's import of basic commodities, especially medical medicines.
He indicated that the dinar currency will be granted to activists who can import basic commodities such as medicines and raw materials into the country, as licenses will be given to financial institutions, money changers and activists who can transfer the dinar and replace it with other currencies to cover imports.
He pointed out that engineering goods and services account for 90 percent of the $ 12 billion in Iranian exports to the neighboring country.

Most users ever online was 2065 on Mon Apr 09, 2012 5:34 pm
Latest topics
» Will Al-Kazemi’s government succeed in creating an attractive environment for investment in Iraq?