InMy Element says -- "I have some good News"! Look at this article

InMy Element says -- "I have some good News"! Look at this article


I have some good News guys. Look what I found. I know Pimpy  been talking about sovereignty with us for a minute. It finally come up in the conversation Dinars Fams. Here it is!!! 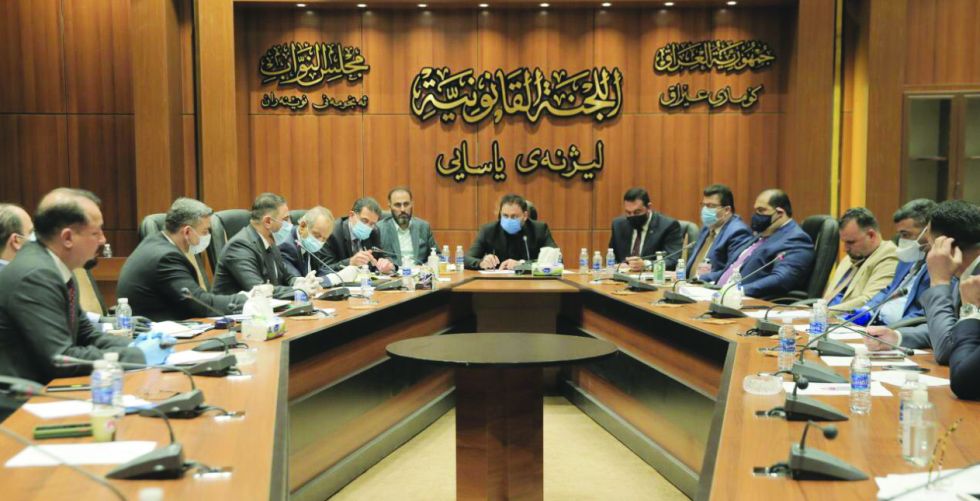 I put it in translation before y’all.


The first page, the most important news, the parliament presidency recommends focusing on the sovereignty of Iraq


The Presidency of the Parliament, the negotiating team with Washington, recommended focusing on the sovereignty and interests of Iraq and its people, while expressing its hope for the success of the dialogues managed by the team.

According to a statement issued by the Office of the First Vice-President of the House of Representatives, Hassan Al-Kaabi, Al-Sabah received a copy of it. Al-Kaabi yesterday presided over a meeting with a number of heads and representatives of parliamentary committees to discuss the details of the Iraqi-American dialogue that started days ago and to know the steps and principles that the delegation relied on. And related to security, economic and other aspects. During the meeting that was devoted to hosting the governmental negotiating team with the United States headed by the Senior Undersecretary of the Ministry of Foreign Affairs Abdul Karim Hashem Mustafa, and the presence of Muhammad al-Haj Hammoud, and a number of other personalities within the delegation, they heard a detailed presentation from the head and members of the government delegation on the details of the discussions and issues raised during The strategic dialogue that started on June 11, 2020, while the current delegation confirmed that the round of talks was "good and successful" and came in accordance with the relevant decisions of the legislative and executive branches. The negotiating delegation confirmed that the date for the next dialogue with Washington will start in the month of July, and all ideas put forward by members of the House of Representatives will be taken into consideration.

Al-Kaabi stressed that "the issue of the withdrawal of American forces must be placed in the first priorities of the upcoming dialogues and common agreements, addressing the Iraqi delegation: Your dialogue is based on the sovereignty and interests of Iraq and its people only.

He expressed his hope for the success of the dialogues managed by the negotiating team, and that these efforts to achieve the desired goals that the people and their representatives aspire to, called on all political forces to be "one body" in front of addressing the existing challenges, especially the issue of securing sovereignty and controlling the atmosphere, as well as aspects Economic and financial ones in light of the Corona pandemic crises and low oil prices. Members of the House of Representatives focused on a number of priorities that must be included in the upcoming dialogues with the American side, including the security, economic and financial side, culture, tourism, archeology, mutual foreign relations, investment, and higher education.