Who guarantees the protection of the Iraqi dinar?

Who guarantees the protection of the Iraqi dinar? 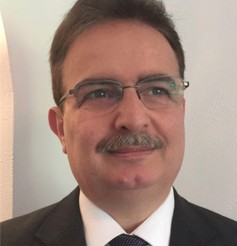 After the collapse of oil prices in the past weeks, a fact   about Iraq is confirmed, which may be overnight Overnight it was a non-oil country, despite maintaining high production and reserves, which ranked second in the world.
This difficult experience that Iraq is still floundering with pain from its repercussions is the outcome of successive Iraqi government policies The precedent that prevented the restoration of industrial production to normal, plus the factors of development and increase, which were blocking the market Domestic sustains part of the economic wheel, as well as the possibility of obtaining a difficult currency from exports, especially In cement and minerals industries such as phosphates and sulfur.
Now there are major crises called the collapse of the Syrian and Lebanese currencies, and there are many similar reasons present in Iraq As in these two brotherly countries, with a great margin of corruption in Iraq unparalleled in a country else.
In this atmosphere in which the Iraqi and American sides meet in a dialogue whose keys are a decisive strategy, a must We are looking for   national and international reasons and guarantees to prevent the collapse of the Iraqi currency, and this is not tolerated by the situation Iraqi, absolutely, that the economic and living collapses will be in a dramatic way, and that there are international forces that can move The paper of the collapse of life in Iraq, if it wants as long as the interior is deranged in terms of building with all its concepts and addresses until right Now
Iran is a basic supporter of governance in Syria and Lebanon.
This is a fact that there is no dispute between the two over it, but there is The opposite is the fact that the local currencies of these two countries are collapsing in a way that never suggests potential for return The clock is completely backward.
Here Iraq must think deeply, what does it need from Iran and what does it need from America? Iraq first, as we hear from the officials.
Editor-in-Chief - International Edition