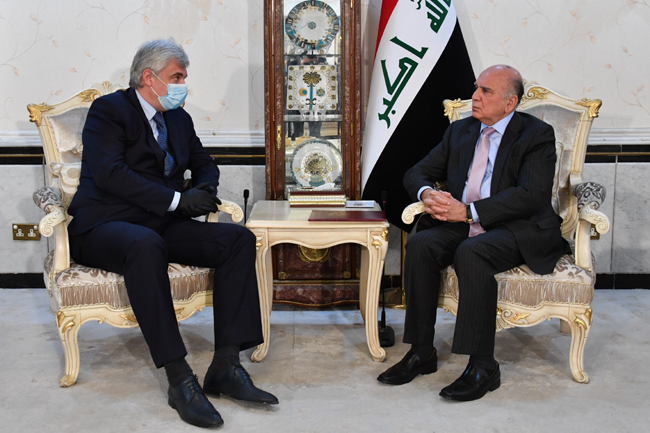 The Ambassador delivered a congratulatory message to the Minister from his Russian counterpart, Sergey Lavrov, on the occasion of his assumption of his duties as Minister of Foreign Affairs, wishing him success and success.

The two sides reviewed prospects for cooperation between the two countries in the political, economic and scientific fields.

The Minister expressed his hope for a soon meeting in Moscow; To discuss the various issues that concern the two countries, especially economic and trade cooperation, indicating that one of the priorities of the current government is to rebuild the Iraqi economy, in addition to the importance of coordination between Russia and Iraq and the rest of the oil-exporting countries within the formula (OPEC +).

The Minister affirmed the Ministry's readiness to overcome any obstacles facing the work of the Russian embassy; Within the framework of strengthening historical relations between the two countries.

For his part, the Russian ambassador praised the high level of coordination between the two countries in the field of combating terrorism, and the work of Russian companies to build and develop Iraqi infrastructure in the oil and electricity sector, in addition to scientific and technical cooperation.

The Russian ambassador expressed his hope that the ninth session of the joint committee will be held in Moscow at the end of 2020 after the end of the Corona virus crisis, and he invited Mr. Minister as the head of the Iraqi side in this committee to visit Moscow and meet with Mr. Lavrov. 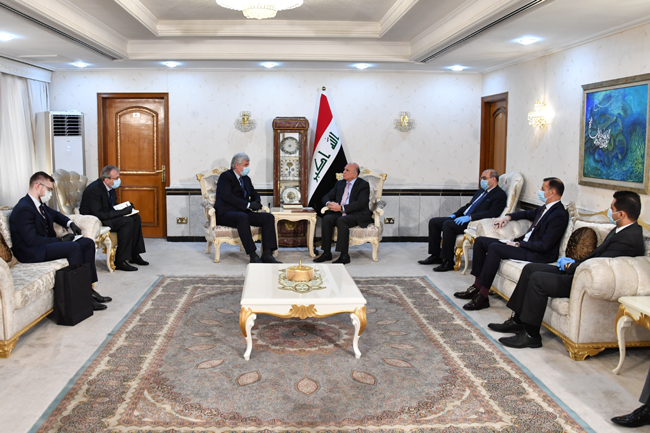